Recently, when asked, the Poco India Director Anuj Sharma said that Poco F Series smartphone is currently under works. Although, He did not clearly specify about which F Series model is coming to India. Additionally, He does mentions that the upcoming smartphone will carry a higher price tag. In addition to this statement, Poco India Head tweeted that “It will be much higher priced device when ready”.

Meanwhile, It remains yet to be seen if the Chinese smartphone brand brings Poco F3 or Poco F3 Pro in India. As mentioned earlier, Poco F3 was launch globally on March 23. The Global pricing of the smartphone starts at EUR 349 which is approximately Rs 30,100 for the base 6GB RAM/ 128GB of storage variant. Whereas, the 8GB RAM/ 256GB of storage variant comes with a price tag of EUR 399 which is approximately Rs 34400.

Regarding Specifications, the all new Poco F3 comes with a 6.67-inch of AMOLED display along with 120Hz of refresh rate. Additionally, this display gets a 360Hz of touch sampling rate. The smartphone is power by the Snapdragon 870 Chipset, which comes in pair with upto 8GB of RAM. As for the cameras, this Poco F series smartphone features a 48-MP triple rear camera setup. The 48-MP primary camera comes with a 8-MP ultra-wide sensor along with a 5-MP tele-macro lens. The front camera comes with a 20-MP selfie shooter which houses on the centered punch hole cutout.

The device packs in a 4520mAh battery along with a 33W fast charging support. For connectivity options, the smartphone includes NFC, an IR blaster, a 3.5mm headphone jack, 4G connectivity, Bluetooth v5.1, and Wi-Fi 6. If the Chinese smartphone brand Poco brings this F Series smartphone under Rs 30000, then this Poco F3 or Poco F3 Pro will compete against the likes of recently launched OnePlus 9R and Xiaomi Mi 10i. Also Read: Poco X3 Pro is the new Poco Pro smartphone launched in India 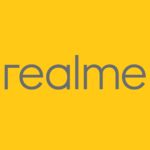 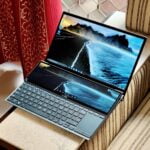