Poco India is all excited for the launch of Poco F3 GT in India on July 23. Ahead of its release, multiple information about the upcoming device have been already leaked online. Based on rumours, the Poco F3 GT is likely to be the renamed version of Redmi K40 Game Enhanced Edition. Poco has also indirectly confirmed for the same. Recently, the price details of this upcoming Poco F3 GT have been leaked online ahead of its official launch. According to recent teasers on Flipkart, the Poco F3 GT carries similar design theme as the Redmi K40 Game Enhanced Edition.

The teaser suggests that the Poco F3 GT will have similar rear design as the Redmi K40 Gaming Edition. The only change at the rear is that Poco will be replacing the “Fighting” and “Redmi” branding with the Poco Logo. Remaining everything will remain unchanged. The device will also include the aggressive lines which imitates that circuit. It will also carry the slider keys for pop-up shoulder trigger from the Redmi phone.

For camera configuration, the Poco F3 GT will support 64-megapixel triple rear camera system. This camera setup is going to same as the Redmi K40 Gaming Edition smartphone. Here, the 64-megapixel main camera will be accompanied by an 8-megapixel ultra-wide-angle lens and a 2-megapixel macro camera. The camera module will be surrounded by LED ring lights.

In another report, the expected price details of the upcoming renamed Redmi K40 Gaming Edition aka Poco F3 GT have been leaked online. This report is share by the 91Mobiles. The tipster with the name Debayan Roy aka Gadgets Data shares that the base variant of the Poco F3 GT will feature 8GB RAM along with 128GB of internal storage. The price for the base variant of Poco F3 GT could start at Rs 28999. Whereas, the top-end variant of upcoming phone will feature 12GB RAM and 256GB of internal storage, which could price at Rs 31999. However, these prices could fluctuate by Rs 1000. This means that the device will be launching at a competitive pricing and will give direct competition to the OnePlus’ latest offering Nord 2 smartphone. 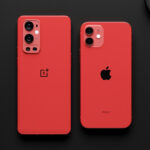 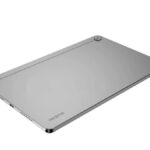