According to latest leaks, the official renders of OnePlus 9 and OnePlus 9 Pro 5G appears online. These render shows the design of the upcoming smartphones both from back as well as front. These renders have been leaked by popular leakster Ishan Agarwal on Twitter. Also Read: OnePlus 9 series new details revealed

A Flat Display & seems like OnePlus is adopting a plastic frame too as lack of antenna bands indicate.

Artic Sky is 💙 for me. What about you?#OnePlus9Series #OnePlus9 pic.twitter.com/M91Pf3lnlS

According to leaks, the OnePlus 9 5G is likely to come in three color options including Stellar Black, Arctic Sky, and Winter Mist color. The smartphone is likely to come with clean and minimalist design. The leaks also confirm that the camera setup comes with three image sensors along with LED flash. The camera bump is slightly popped out.

The rear panel includes a camera setup with vertical rear camera module, along with OnePlus branding logo in the middle. The front panel includes a punch-hole in the display at the top-left corner. This punch-hole houses the front camera. Additionally, The sides on the front panel has slim bezels. According to render images, no antenna band is visible. Therefore, it indicates about the presence of Plastic frame on OnePlus 9 5G. The render images also suggests that the smartphone is likely to come with plastic rear panel.

The display is only slightly curved this time. Looks great.

The Matte color options give it a more premium feel IMO. What about you?#OnePlus9Series #OnePlus9Pro pic.twitter.com/BhBvtGnIJ2

The Renders of OnePlus 9 Pro 5G shows the design of the upcoming smartphone. The leak reveals that the 9 Pro 5G is likely to come in three color options including Astral Black, Morning Mist, and Pine Green colors. Also, The Pro version is likely to come with a curved edge display and a glass back. Additionally, as previously reported, the brand will join hands with Swedish photography company Hasselblad. According to render images, the camera module is arranged vertically on the top-left corner at the rear. Under this camera module comes OnePlus branding logo at the center.

According to leaks, the OnePlus 9 5G is likely to come with 6.5-inch FHD+ AMOLED display with 120Hz refresh rate. Also, The smartphone will be powered by Qualcomm’s premium Snapdragon 888 SoC. This chipset comes paired with upto 12GB LPDDR5 RAM/ upto 256GB of internal storage. The device will feature a 4500mAh battery along with 30W of fast-charging.

Meanwhile, The OnePlus 9 Pro 5G will feature almost similar specifications as that of its sibling OnePlus 9 5G. Here the device will feature a 6.67-inches of AMOLED QHD+ screen along with a support for 120Hz refresh rate. Here, the smartphone will be back by 4500mAh battery along with 65W fast-charge support. Rest all other specs remains same as that of OnePlus 9 5G. 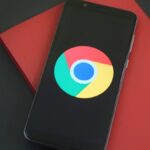 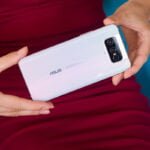