This year’s, Apple World Wide Developers Conference (WWDC) event will begin on June 7. The Cupertino based tech giant made it official on Monday. Earlier, In March, the company announced that the WWDC 2021 will be all-virtual this year. Now, the company has officially unveiled the complete schedule for the annual event.

In this year’s annual event, the viewers will see a keynote address, engineering sessions, 1-on-1 labs and much more. As always, the Apple WWDC 2021 event will kick off on June 7 at 1000 PT/ 2230 IST. According to official reports, the main keynote will be streamed live via Apple.com, Apple TV app, Apple Developers App and Official YouTube channel. In this annual event, the tech giant is likely to share developments around iPadOS 15, macOS 12 and much more. The main highlight of this year’s annual event is going to be iOS 15 preview. Keep in mind, the iOS 15 will be the latest software that will start shipping later this year. This five-days event will end on June 11.

The Apple WWDC event will begin on June 7 with Apple Keynote. The online event will begin with the unveiling of new updates that are coming to all Apple platforms later this year. As mentioned above, the complete event will be streamed live directly from Apple Park. Interested viewers can watch the live event via apple.com, the Apple Developer app, the Apple TV app, and the Official YouTube Channel.

Following the keynote event, the tech giant will host the Platforms State of the Union for the developers. Apple confirms that in this WWDC 2021 event, developers will be able to get the first look on the new tools, technologies and much more. This event of Platforms State of the Union will be live stream via the Apple Developer app and the Apple Developer Website. Also Read: Instagram audio-only live session launched to compete against Clubhouse

Beside this, the virtual event will feature more than 200 in-depth sessions, one-on-one labs. The company notes that Apple Developer Program members will be able to request personal one-on-one lab sessions with over 1000 Apple experts. The tech giant adds that some special activities during this year’s Apple WWDC event. The company also added other events that will also take place during this annual event. The list of event also includes coding and design challenges and keynotes from multiple guest speakers.

Starting from June 8, all these sessions videos will be posted each day. Also, These video sessions will be made available in the Apple Developer app and on the Apple Developer Website. Beside all these events, we can also expect announcement for new hardware. But these announcements will be related to hardware’s event schedule for this year. In previous years, Apple always drops some surprise package around several key products. To recall in previous years, Apple has teased the hardware for Mac. Keep in mind, the WWDC 2021 is completely free for all. Interested users can register directly on Apple Developers. 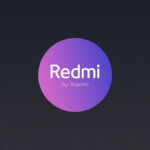 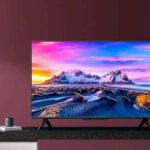