It’s 2021, a new year for Apple to bring new tech products. Now, Apple has finally made official announcement about its much awaited annual Worldwide Developers Conference (WWDC) 2021. This is the highly anticipated event from Apple. The much awaited event from Apple will begin on June 7 and will go until June 11. Similar to last year, this year’s WWDC 2021 will follow similar online format. This means that everything will be announced virtually during this 5-day event. All the latest gadgets and products will showcase virtually.

Due to Coronavirus Pandemic last year’s WWDC event took place virtually. Considering the current situation about COVID-19, this year also Apple’s WWDC 2021 event will be hosted via online event only. In this year’s Apple event we can expect to see the arrival of some interesting tech gadgets and products. These may include the next-gen iOS, iPad OS, watch OS, macOS, and tv OS versions.

According to sources, At Apple WWDC 2021, we can expect to see the launch of iOS 15, iPad OS 15, watch OS 8 and even tv OS 15. All these upgrade versions are likely to bring some major improvements and new features for the users. Susan Prescott, the Vice President, Apple Worldwide Developer Relations and Enterprise and Education Marketing says that company brings its developers from all around the world together under one roof each year at WWDC. At this event, developers learn about company’s latest technologies and also get chance to connect with engineers from Apple.

What to expect at this virtual event?

He added that Apple WWDC 2021 will be bigger and best event by far. Apple as a brand is highly excited to offer some new tools to its highly dedicated developers. These tools will provide support in creating apps, which can change the way we live, work and play. Beside the event, WWDC 2021 will also include the Swift Student Challenge for students. Students can participate in this challenge and can also learn the Swift programming language. This competition will be done via SwiftPlayground app for iPad and Mac.

This year’s WWDC is likely to include online sessions, announcements from State of the Union Stages, labs for technical guidance and interaction for developers with Apple engineers. The Apple’s Conference will be free for all the developers who shows interest to attend. More information regarding WWDC 2021 event will be release by the Cupertino Tech Major via Apple Developer app or the official website. Also Read: iPad Pro 2021 models could feature Thunderbolt port, launch expected soon 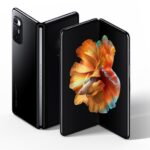 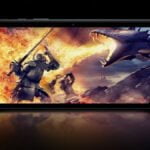