Instagram always aims to take on other popular apps. Previously, To compete against TikTok, Instagram launched its Instagram Reels feature. Now, to give competition to Clubhouse, the photo sharing app brings a new feature for its Live sessions. To recall, Clubhouse is an audio-only interaction app. The app is currently available only on iOS platform. On Instagram, users can conduct audio-only live streaming sessions for live conversation using this new feature. This feature is much similar to what Clubhouse offers.

In this new audio-only live feature, Instagram Users are allowed to turn off their cameras while interacting in a live session. Thus, allowing users to interact via voice chats with peoples. However, this feature is not entirely like Clubhouse. But, this could be the first step in the same direction and might help the Facebook owned photo sharing app.

Normalize not always being “on” 👀

Now you can mute your video or audio when you’re Live 🔇 pic.twitter.com/fgqMMKHfJi

Additionally, Instagram users can also mute their Audio during audio-only Live Sessions. This feature is also available on Clubhouse app. In Clubhouse app, users can just be an attendee of the live session or broadcast. However, the difference comes here in Instagram, as a user can mute directly without taking help from the person who started the live session. The broadcaster won’t be able to turn off the video for other participants. According to report, Instagram is likely to bring more of such features to give more control to the users in near future.

This new audio-only live session feature is added to Instagram Live after a feature was recently got added. The earlier added feature allow users to go live with three more people. This new feature will be helpful mainly for the content creators while organizing interactive sessions and collaborations. It will also be helpful to other Instagrammers who just love to go live for fun.

Beside this Instagram audio-only live session feature, The latest update is a further step in Facebook’s quest to find and potentially taking on Clubhouse alternatives. Additionally, Facebook recently launched an experimental Q&A platform called Hotline. However, this platform is available as a part of public beta testing. On this platform, users can go live, ask questions from other users, provide written or voice-based answers.

Additionally, the Social Media platform has also introduced multiple audio products to take on Clubhouse. The tech company has started Live Audio Rooms within Facebook Messenger app. Here, the Facebook users can have audio-only conversation with ease. The public roll out of this feature will take place in this summer. Also Read: Fake ads for “Clubhouse for PC” appear on Facebook website and desktop app 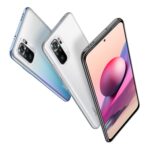 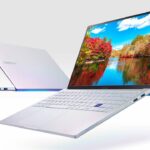