The list of the Intel Core CPUs is not that big. Here, in case of Intel Core 7820HQ, this CPU will be eligible for selected devices. Such devices that ship with modern drivers based on Declarative, Componentised, Hardware Support Apps design principles. The list of such system include the Surface Studio 2. Although, the Redmond based tech giant has not added any older AMD CPUs. The list does not include any older AMD CPU that is eligible for Windows 11 operating system update. The company claims that along with AMD, it has carefully analysed AMD Zen processors.

Beside, the recent addition of older Intel PCs, Microsoft has also announced the details about the minimum system requirements to run the latest Windows 11 update. These details were announced at the time of unveiling the latest operating system. Pradesh latest windows 11 operating system, Microsoft brings various visual overhaul to the Windows Platform along with several other changes. The minimum system requirements is as follows:

– Graphic Card with DirectX 12 compatibility or with WDDM 2.0 driver

Beside making changes in the minimum system requirements, the Redmond based Tech giant has also released a new health check up app. This app was launched along with the preview version of Windows 11 in the windows insider program. This health checkup app will also allow users to grab more information. Moreover, this information can be about the system using the eligibility check up functionality. Additionally, The eligible users will also be able to get complete and improved messaging on fulfilling the eligibility. The users can also link to the relevant supported articles that includes step by step information.

No support for MacBook:

Although the Redmond based Tech giant has released various details about the upcoming Windows 11 update. But the company has still not provided the latest windows update support for Apple’s MacBook. According to reports from 9to5Mac, This could be possibly due to the TPM 2.0 requirement. To recall Apple has never provided support for the TPM 2.0 on its intel-based MacBook.

Therefore, these systems are incompatible with the latest version of Windows 11 operating system. If I user runs Microsoft PC health checkup app on a MacBook then it will show a message. This message is “this PC can’t run Windows 11”. Also Read: New Windows 11 Features leaked online: Centralized Start Menu, Revamped UI, new widget and much more 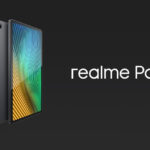 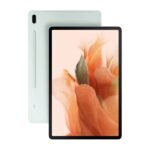