The same GT Neo 3 was initially launched in China and is available in Indian markets. It comes in two variants – it comes with a 4500mAh battery and 150W UltraDart charging. While the other handset packs in 5000mAh battery with an 80W SuperDart charging solution. A similar battery setup is also available on the recently launched OnePlus 10R, the OnePlus Ace smartphone. Now, let’s check if the Realme GT Neo 2 successor is capable enough to attract customers.

In general usage, Realme GT Neo 3 has got some new features that will allow the smartphone to stand along with some premium smartphones of 2022. In this post, we will be talking about the GT Neo 3 in detail but first, let’s take a look at its pricing in India.

Additionally, the Realme GT Neo 3 is available for sale in India via Realme’s official website, Flipkart, and other online and offline retail stores. Last October, the Chinese smartphone brand launched Realme GT Neo 2 in India, this GT Neo 2 is priced at Rs 31999 for the base variant with 8GB RAM and 128GB onboard storage. In contrast, a 12GB RAM and 256GB storage variant is priced at Rs 35999. Before going to an in-depth review, first, let’s look at the unboxing of the GT Neo 3 smartphone.

The all-new Realme GT Neo 3 comes in a standard Black color box packaging. Furthermore, the box packaging is almost similar to the one we have already seen with the Realme GT Neo 2. Meanwhile, the top of the box features the prominent font branding of GT Neo 3 along with branding.

Opening the GT Neo 3 box packaging, we first get some paperwork, including documentation and warranty, and a quick start guide. Additionally, we also get the SIM card ejector tool right up front. Below this, we get the Realme GT Neo 3 mobile unit. We also get a good quality TPU case for GT Neo 3 smartphone. A heavy 160W Realme UltraDart charging adapter and a USB type-A to USB Type-C cable for charging and data transfer is also available inside the box. Meanwhile, the 80W model also gets the 80W Realme SuperDart fast charger inside the box.

Realme GT Neo 3 looks a lot similar to its predecessor in terms of design. The latest smartphone also gets a polycarbonate frame and matte finish glass back panel. Meanwhile, this smartphone is much similar to the Realme GT Neo 2. Even with a glass back, the handset also does not feel that heavy with 188grams of weight. It is a thin and lightweight smartphone from Realme.

One of the interesting facts about this smartphone is that Realme GT Neo 3 smartphone is even lighter than the 160W UltraDart fast charger which comes inside the box. The 160W Ultra-fast charger weighs around 217 grams. Also Read – iQ00 Neo 6 with Snapdragon 8 Gen 1, 120Hz display launched; first impressions

In terms of physical overview, the front of the display also gets a center punch-hole front camera for selfies. The button and the placement of the ports are the same as the predecessor Realme GT Neo 2. The right edge of the smartphone gets the Power button. Meanwhile, the left edge gets the volume rockers. Moreover, the top edge is completely clean. While at the same time, the bottom edge also gets the SIM Tray slot, the USB Type-C port, the primary microphone, and the speaker grille.

The only change we noticed is the two running stripes on the back, which offer a sporty look. Moreover, in terms of color preference, the Asphalt Black option looks more subtle, as it does not come with the racing stripes. The bottom bezels are also thinner than the Realme GT Neo 2. In terms of in-hand experience, the Realme smartphone does not feel that big and heavy.

The all-new Realme GT Neo 3 is a dual-SIM smartphone that runs on Android 12 with Realme UI 3.0. Based on our experience, the GT Neo 3 feels like any regular Android smartphone with Android 12 features. Although, we did notice some pre-installed apps.

These apps will also send unwanted spammy notifications and try to access our data. Luckily, we can easily uninstall these third-party spammy apps. Moreover, Realme claims to offer major Android updates for the next two years. Plus, three years of monthly security updates will be pushed on the GT Neo 3 smartphone.

Under the hood, an octa-core MediaTek Dimensity 8100 5G chipset powers the Realme GT Neo 3 handset. The chipset will also pair with up to 12GB of LPDDR5 RAM. The GT Neo 3 comes with up to 256GB of inbuilt UFS 3.1 storage. Moreover, the smartphone will feature a dedicated display processor to improve picture smoothness. It will also help accelerate Motion Estimation and Motion Compensation (MEMC) features. Furthermore, it will also reduce the load from GPU and lower the overall power consumption.

In our experience, the Realme GT Neo 3 5G does not feel fully optimized for MediaTek Dimensity 8100 chipset. We did not enjoy gaming because while playing games like BGMI and CoD, we cannot play these games at the highest graphic settings. Meanwhile, the AnTuTu score is even higher than eight lacs. Although, in general, day-to-day performance, we did not notice any lags or bugs while swiping, scrolling, etc.

The secondary camera features an 8MP ultra-wide-angle lens with a 119-degree field of view. It also gets an f/2.25 aperture, and the third lens is a 2MP macro lens with an f/2.4 aperture. The Realme handset also gets a 16MP Samsung S5K3P9 front-facing camera for selfies and video calls. Also Read – Realme GT Neo Global variant

Although, the primary camera sensor also gets both OIS and EIS support. We noticed a color shift in both daylight and low-light photos in our testing. The photo output is slightly on the softer side. The dynamic range and sharpness are also decent in normal lighting conditions. We don’t know if this is something to do with our unit or is it happening with others also. With Optical Image Stabilization, the Realme GT Neo 3 can also capture sharper photos in lighting conditions.

The 8MP secondary camera is the same as before, along with the 2MP macro camera. Meanwhile, the front camera selfies are decent in all lighting conditions. The skin tones also come out to be near to natural on the selfie camera. Moreover, the dynamic range and sharpness are also decent on the front selfie camera. Overall, the selfie camera significantly improves over the Realme GT Neo 2.

The rear camera also supports 4K video at a 60fps Frame rate in terms of video. Moreover, the OIS and EIS support plays a significant role during video recording from rear cameras. At the same time, the selfie camera supports 1080p video recording. We suggest you wait for our complete camera review for the GT Neo 3 smartphone.

The latest Realme GT Neo 3 5G also features dual stereo speakers with Dolby Atmos Audio support. As mentioned above, the GT Neo series smartphone comes in two battery and charging models. One of the Realme GT series model packs a 4500mAh battery and 150W UltraDart charging. At the same time, the other model packs in 5000mAh battery with an 80W SuperDart charging solution.

Furthermore, the main highlight of the GT Neo 3 is its 150W Ultra-fast charging capability. The Chinese smartphone brand also claims that the 150W model is equipped with an “UltraDart” adaptive charging controller during the launch event. Furthermore, the smartphone battery is split into two units. Here, each of the units gets a 2250mAh battery.

The Realme smartphone is also certified by TUV Rheinland certification for other highlighting features. Moreover, there is also an innovative MCU Control Management System. This system instantly disconnects the battery from its power source if it detects something has gone wrong. Furthermore, the Chinese smartphone brand claims that the battery can retain 80 percent of its holding capacity after 1600 charge and discharge cycles.

Realme GT Neo 3 is a premium smartphone for 2022 from the brand. Meanwhile, it comes with some new features, which stand against some of the popular smartphones of 2022 from brands like OnePlus, Xiaomi, iQoo, and others.

Realme GT 5G series smartphone appears to be a capable all-rounder smartphone with few downgrades. Meanwhile, it is an excellent gaming smartphone on paper. But, in reality, it is below average while gaming. A 120Hz refresh rate, a new MediaTek Dimensity 8100 chipset, and an ultra-quick 150W fast charging make it a premium segment smartphone.

OIS and EIS on the primary camera make it stand ahead of its competitors. Even though we did notice some bugs in our camera experience, we will see to it in the complete camera review. Meanwhile, the all-new Realme GT 5G smartphone will compete against the recently launched OnePlus 10R. 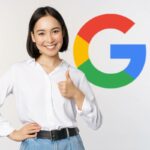 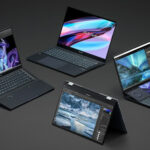