Samsung has recently launched two new tablets, the Galaxy Tab S7 FE 5G and the Galaxy Tab A7 Lite in European market. The South Korean company confirms that both the Galaxy series tablets will be made available across the continent in June. However, the company did not reveal any official launch date of these tablets in India and other markets.

The all new Samsung Galaxy Tab S7 FE supports a 12.4-inch LCD display. The display comes with a screen resolution of 2560 x 1600 pixels. The device is powered by Qualcomm Snapdragon 750G SoC. This chipset comes in pair with up to 6GB RAM along with up to 128GB of internal storage. The latest tablet runs on Google Android 11 operating system along with company’s own One UI 3.1 skin. Also, The Galaxy Tab S7 FE packs in a 10900mAh battery along with support for 45W fast charging.

The all new tablet launches with S-Pen support. This S-Pen is already available inside the box. The specialty of this S-Pen is that, it can charge automatically once placed on the magnetic part of the back panel. This Samsung Galaxy Tab also features an 8-MP standard rear camera. For selfies, the device includes a 5-MP snapper. Also Read: Realme 8 with 4GB RAM/ 64 GB storage model launches in India

The Samsung Galaxy Tab launches with a 8.7-inch LCD display panel. Also, This display comes with a screen resolution of 1340 x 800 pixels. The latest tablet is power by MediaTek Helio P22T SoC. The chipset comes in pair with up to 4GB RAM along with up to 64GB of internal storage. This storage is expandable. Also, The internal storage can be expand by up to 1TB via a microSD card.

The Galaxy Tab A7 Lite runs on Google’s Android 11 operating system on top of company’s own custom One UI 3.1 skin. Additionally, The device packs in a 5100mAh battery along with support for 15W fast charging. For cameras, the device support an 8-MP rear camera and a 2-MP front camera for selfies. Also Read: Samsung Galaxy Tab A7 Lite could launch in India soon 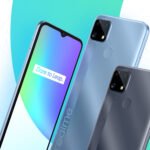