Asus recently unveiled its highly anticipated flagship ZenFone 8 series. The all new smartphone series includes the ZenFone 8 and the ZenFone 8 Flip. According to recent leaks, the ZenFone 8 series is also likely to arrive in Indian territory. The all new Asus ZenFone 8 could launch as the Asus 8z in India. Earlier, According to rumors, the Flip version of the Asus 8 series was expected to skip the Indian markets. Recently, the arrival of the smartphone has been confirmed by the company itself. The Taiwanese company makes the landing page for the upcoming smartphone official. Beside, confirming the launch of its latest flagship in India. The company also hints about the launch of the Asus ZenFone 8 Flip in India.

According to reports, the Asus ZenFone 8 has its own dedicated page on the Asus India website. The landing page officially states “coming soon to India”. Also, the landing page does reveal some of the device’s features and specs. After the features and specs section, the landing page offers a surprise for Asus fans. As the company mentions about the Asus ZenFone 8 Flip too. This means that both ZenFone 8 series smartphones are coming to India all together. However, the company did not reveal any official launch date as of yet for ZenFone 8 Series. Considering the official listings, the launch is expected to happen super soon.

In India, The all new Asus ZenFone 8 comes with a compact form factor. The device features a small 5.9-inch AMOLED HDR display. This display comes with 120Hz refresh rate. The latest smartphone is power by premium flagship Qualcomm Snapdragon 888 SoC. According to reports, the Asus ZenFone 8 will be the first ever compact phone in India to feature a Snapdragon 888 processor. Also Read: Asus ZenFone 8 series specifications and other details

Regarding camera, the phone could feature a 64-MP dual rear camera system. The 64-MP main camera is accompanied by a 12-MP ultra wide lens. For selfies, the front camera stands at 12-MP. The ZenFone 8 packs in a 4000mAh battery along with 30W fast charging. Additionally, the device comes with IP68 dust and water resistance. The latest Asus smartphone comes with 3.5mm audio jack, dual stereo speakers, sound support by Dirac and much more.

On the other hand, The reports also suggest that along side ZenFone 8, Asus could also launch ZenFone 8 Flip in India. Asus ZenFone 8 Flip comes with flip camera mechanism. This comes as one of the main highlighting feature of this upcoming smartphone. The Asus ZenFone 8 Flip supports a 6.67-inch AMOLED display. The phone also gets its power from premium flagship Qualcomm Snapdragon 888 SoC. This chipset comes along with 8GB RAM/ up to 256GB of internal storage.

Regarding cameras, the smartphone comes with dual cameras that doubles as front snapper also. The dual camera includes 64-MP main sensor accompanied by 12-MP snapper. The Flip phone packs in a 5000mAh battery along with fast charge support. The smartphone runs on Android 11 OS. For security, the Asus phone comes with in-display fingerprint scanner. It also includes dual stereo speakers, 3.5mm headphone jack. The device comes with support for 5G connectivity. As for the pricing, the details about the price for both smartphone remains unknown. However, leaks suggests that the Asus ZenFone 8 phone could fall under Rs 60000 in India. 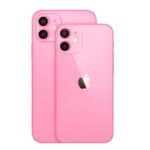 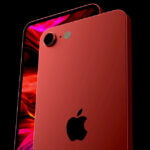