Honor continues to sell products in India despite its split from Huawei. Now, the company is all set with its latest offering, Honor Band 6. As per reports, the latest Fitness tracker from this Chinese brand will be launching in India via Flipkart. However, ahead of its official launch, the price details for this smart band have been already revealed. The all-new Honor Band 6 comes at a starting price of Rs 3999. With this pricing, the latest band is set to take on the likes of Redmi Watch. To recall, the recently launched Redmi Watch comes with a similar set of features.

The first sale for Honor Band 6 will take place on June 14 in India via Flipkart. The latest fitness band will be launching in three color options including Meteorite Black, Sandstone Grey and Coral Pink. This Honor Band has been already showcased in Global markets few months ago. However, earlier, the Smart Band was not launched in India due to ongoing second wave of COVID-19 pandemic. Now, this smart band could launch in India with some aggressive pricing.

With the launch of Honor Band, the company will re-enter into the fitness band market. The latest band comes with new design and more new features. One of the main highlighting features of this smart band includes its larger display. The Honor Band 6 Display measures 1.47-inches. This display comes with an AMOLED panel instead of IPS LCD panel. To recall, recently launched Redmi Watch and the Amazfit Bip U watch comes with an IPS LCD panel. Also Read: Xiaomi phones to join hands with Leica for cameras?

With the addition of Swimming mode, it suggests that the upcoming Band 6 is waterproof. The smart band packs in a 180mAh battery. According to Honor, this battery can last for up to 14 days on a single full charge. Beside all this, the fitness tracker can also show notifications from users’ smartphone. Additionally, it can also deal with calls. The Honor Band also includes a couple of watch faces to choose from. After the official launch, Honor Band will directly complete against the likes of Redmi Watch, and the Amazfit Bip U. The Band 6 gets as edge over others with its bigger display and better-quality AMOLED display. 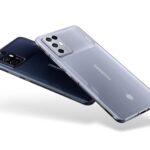 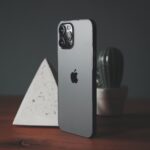