Earlier, Xiaomi announce that they will roll out the latest MIUI 12.5 ROM Global in the Q2 of 2021. The smartphone giant announced the MIUI 12.5 as an intermediate MIUI 12 update. It will aim to provide a faster and smoother overall system optimization experience.

The company mentions that the overall core scene memory is reduce by 20%. This ensures that an improved UI leads to 22% less CPU use and thus achieves a 15% lower power usage than previously. Also Read: Xiaomi’s Mi Mix 4 launch confirmed, comes with Folding Display and 100MP camera

The company didn’t mention about many of the features from Chinese ROM like MIUI+, Natural Sounds & Haptics, Privacy features like Sandbox mechanism and the updated Super Wallpapers. Lets take a look at the top 5 features of MIUI 12.5 Global:

The company has focused on system optimizations with MIUI 12.5. The company has introduced a completely revamp version of the system UI. It claiming to reduce CPU usage by up to 22% and power consumption by up to 15%. It claims that Xiaomi smartphones will provide a significantly smoother and more responsive experience than MIUI 12 with these improvements.

The company has now introduced a specific thread which manages processes, gestures and other tasks. This was done on one common thread in the past. New animations and app extractions are also available. The Power Menu Design and Volume Controller has been improve.

With this new update, The company has made customizable styles, so that users can revert to the MIUI 9 style. In this update, The camera settings interface has been simplified, the cleaner app comes with a new design. Also, The notification shade has been revamp similar to the Android 11 view. 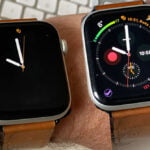 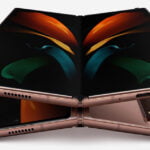