According to famous tipster Tron, the upcoming Galaxy Z Flip 3 smartphone is likely to start at USD 999 which is approximately Rs 73000. If this leaks comes out true, then it will become the most inexpensive foldable smartphone ever. The smartphone will fall under Rs 100000. According to report, the top-end variant could be priced at USD 1199 which is approximately Rs 88000. This price is also way below the standard price for foldable.

Although, this won’t be that affordable by any standards. But the price is certainly much lower if compare to Galaxy Z Flip 2 5G smartphone. Even many other foldable smartphone starts at USD 1499 which on conversion is above one lakh INR. The tipster also gives some hints about the launch date for the same. Based on previous rumors, the Galaxy Z Flip 3 could launch in August. Now, the tipster has confirm that Z Flip 3 release date could be August 3 to be precise. Additionally, the Samsung Galaxy Z Fold 3 release could also be set for the same date.

Currently, we lack any concrete information about the upcoming foldable Samsung Z Flip 3 smartphone. However, rumors does confirm that the smartphone could be similar to its predecessor. The smartphone is likely to launch with clamshell design. According to render images, the device could support a 1.83-inch AMOLED secondary display. This display size is larger than its predecessor. Alongside this secondary display could feature a dual camera setup.

The Samsung Galaxy Z Flip 3 smartphone is expected to be power by Qualcomm Snapdragon 888 SoC. However, it can be different SoC too. As for the RAM/ Storage configuration, the device could come with up to 12GB RAM/ 256GB of storage. It may feature improved camera setup. Additionally, the device could pack in a bigger battery with dual-cell battery. This battery will be made in China. The device is most likely to run on Samsung’s own One UI 3.1 which will be based on Android 11 OS.

Keep in mind, these are just renders. We don’t know anything official as of yet. Therefore, we suggest you to take this post with a pinch of salt. Stay tuned for more updates. Also Read: Samsung Galaxy Z foldable smartphones design leaks 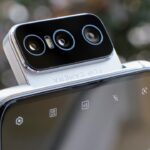 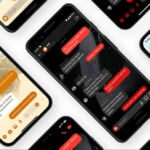