As per leaks and rumours, iPhone 13 series is likely to be slightly more expensive in India. For some iPhone lovers, the upcoming iPhone 13 models could be out of their budget. So we suggest them to either stick with iPhone 12 models, if they have one. Or they can also purchase the new iPhone 12 series model. With the launch of iPhone 13 series, the 12th Gen Apple iPhones get a big price discount. In India, the iPhone 12, the iPhone 12 Mini, the iPhone 12 Pro and the iPhone 12 Pro Max gets a huge price cut. Currently, the discounted price for 12th Gen iPhone models is only available on Flipkart and Apple’s official online store.

Flipkart is also selling the 64GB, 128GB and 256GB of storage model of iPhone 12 in India. The base model of vanilla 12th Gen iPhone mobile phone with 64GB of storage is available for the price of Rs 63999 in India. The iPhone 12 launch price in India starts at Rs 79900. Moreover, the other variant two variant with 128GB and 256GB of storage gets a new discounted price of Rs 68999 and Rs 78999 respectively. However, the original launch price for these storage variant was Rs 84900 and Rs 94900 respectively.

Whereas, according to official Apple online store, the iPhone price in India starts at Rs 65900 for the base variant with 64GB of storage. The 128GB storage variant is now available for Rs 70900 on the Apple Online Store. The 256GB storage variant of iPhone 12 is price at Rs 80900 on the official online store. Also Read: Apple iPhone 13 Mini debuts with premium specs and better battery

Flipkart is offering iPhone 12 Pro with 128GB of storage at the new price tag of Rs 115900. Whereas, the 256GB storage variant is available for Rs 125900. The top-end model with highest 512GB of storage gets the new price of Rs 145900. Also Read: Amazon Prime subscription plans gets cheaper in India, but with a catch 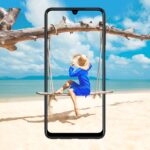 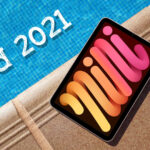