Once again Nokia is in the news with its new product lineup. But this time these products do not belongs to Nokia mobile, router, or any audio accessories segment. The HMD Global owned company, Nokia has licensed itself for a new laptop lineup. This is the first time when the Nokia is launching its laptops in the global markets. The Finland based tech giant has launched its first ever laptop under an agreement with OFF Global. These new laptop models come with Intel chipsets under the name of Nokia PureBook Pro. Let’s check out details about these Intel based Nokia laptops.

Nokia joins hands with OFF Global:

Both the Nokia PureBook Pro laptops will debut in international markets starting second quarter of 2022. The Finnish tech giant is offering these laptops in four colour options. The Nokia PureBook Pro laptops comes in Blue, Dark Grey, Red and Silver colours. During the launch event, OFF Global also mentions that the other new models will be launching later this year.

On the other hand, report suggest that OFF Global will not get the license for Nokia laptops in India. Further information about its India launch is yet to surface online. However, other regions will receive the Nokia PureBook Pro laptop in a phased roll out manner.

Under the hood, the brand-new Nokia laptop variants gets similar set of hardware. Both the Nokia PureBook Pro laptops continues to get its power from a 12th Gen Intel “Alder Lake” Core i3-1220P processor. Furthermore, this chipset comes in pair with 8GB of DDR4 RAM and 512GB of M.2 PCIe NVMe SSD. In the official specification details, there is no mention about the integrated GPU.

For device security, these Nokia laptops also get a fingerprint scanner along with Windows Hello support. During the launch, Nokia confirms that both the PureBook Pro will run Windows 11 out of the box. With lot many similarities, there are some differences also.

The 17.3-inch variant of Nokia laptop gets a Full Keyboard with separate Numeric Keypad. While, the 15.6-inch variant of PureBook Pro skips the numeric keypad. Each laptop also gets backlit keyboard along with touchpad. Also Read – Intel at CES 2022: 12th Gen ‘Alder Lake’ Laptop and Desktop CPUs announced 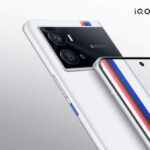 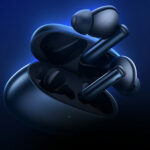