Nokia is likely to launch three new smartphones in coming months. These upcoming phones could launch in either of Q1 or Q2 of 2021. According to NPU report,  three new Nokia smartphones, including Nokia 1.4, Nokia 6.4 5G and Nokia 7.4 5G, will be launched by early Q2 2021. These smartphone comes under inexpensive 5G smart phones category that Nokia has been preparing for a while now. However, HMD Global has not reveal any official details related to the launch of these upcoming Nokia 5G smartphones.

The Nokia 1.4 will launch as an entry-level smartphone, as per the report. Nokia 1.4 is said to be packed in with a 6.51-inch HD+ LCD panel. The device comes powered by quad-core processor with a clock speed of 1.3GHz. The device is likely to come with 16 GB internal storage, a triple rear camera setup, a 5-MP front image sensor, 4000mAh battery, among others. The smartphone will also get a MicroSD card slot of up to 128 GB. However, the report did not share the name of the processor to be powering the device.

On to the optics, the Nokia 1.4 packs in a 8MP + 2MP dual camera with an LED flash. For selfies, Nokia 1.4 comes with a 5-MP shooter. The only drawback comes when device is still likely to get a micro-USB port. For software, the device is likely to run on Android 10 out of the box. Previously, Google has made it mandatory for phones with 2GB or less of RAM to run on Android Go Version. Therefore, Nokia 1.4 could be back with Android 10 GO Edition.

Additionally, Nokia 1.4 will offer a fingerprint scanner along with a 3.5mm headphone jack. The device could come with additional features including Dual-SIM connectivity, 2.4GHz Wi-Fi support, Bluetooth 4.2, and on-board sensors include ambient light, accelerometer, and proximity sensor. The mobile is likely to be price under EUR 100 which is approximately Rs 8,900. 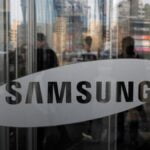 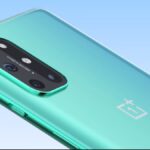