Samsung is ready to launch it’s two new smartphones in India. The upcoming list of smartphone includes the Galaxy F62 and the Galaxy M02. Samsung Galaxy F62 and Samsung Galaxy M02 appeared online in the past. As per latest leaks, the model numbers associated with these phones have been spotted on Samsung India’s official support page. Hence, the release of both phone could be inch closer. Therefore, Samsung is gearing up to bring them to the Indian market.

As per reports, the Galaxy F62 comes with a model number SM-E62F/DS, while the Galaxy M02 appears as model number SM-M022G/DS. Previously, Both smartphones have been tip on various certification websites. They have also been certified by BIS Certifications, which indicate that India’s launch is approaching.

According to leaks, Samsung Galaxy F62 could reborn as Samsung Galaxy E62. In some markets, this phone appears as the Samsung Galaxy M62. According to MySmartPrice, two smartphones with model numbers – SM-E625F/DS and SM-M022G/DS, have been spotted on the Samsung India support website. The support page doesn’t really provide any details about the phone, nor does it reveals the commercial name of the smartphone, but the SM-E625F/DS model number is generally compatible with Samsung’s Galaxy F62 or Samsung’s Galaxy E62 in the past.

Last month, Samsung Galaxy F62 appears on the Geekbench benchmarking website with some of the key specifications. According to benchmark list, the smartphone will come equipped with the company’s own Exynos 9825 chipset, 6GB RAM, and Android 11 operating system. Another report from 91Mobiles indicates that development of the Galaxy F62 has already begun at Samsung’s Greater Noida plant. The images of Samsung Galaxy F62 have also leaked online, hinting at the square shaped module on the rear. The Galaxy F62 would be one of Samsung’s slimmest phones. The device is like to launch in the first quarter of 2021. As per recent leaks, the smartphone is likely to come with a headphone jack, and a Type-C port.

On the other hand, the rumors of Samsung Galaxy M02 still floats around on internet. Samsung Galaxy M02 will launch as entry-level smartphone with a Qualcomm Snapdragon 450 chipset. The device will packs in up to 3 GB RAM and 32 GB storage, as per sources. Reports further suggest that the handset will come with Android 10 software, a 5.71-inch HD+ Infinity-V display and dual-rear cameras, and a 13-megapixel dual-rear camera setup.

Although, key specs have been leaked in reports, but these are not the official leaks from the company. Hence, we advise you take this information with a pinch of salt. The South Korean smartphone maker are not disclosing any official info regarding these Samsung smartphones. 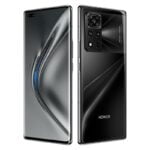 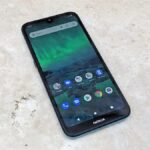