The leaks also confirm about launch of the smartphone to happen soon. According to reports, the smartphone has been spotted on Bureau of Indian Standards (BIS). Earlier, Galaxy M62 5G has been spotted on various other certification websites before it’s launch. However, the company is yet to confirm about the official launch date for the same. This report was share by MySmartPrice.

MySmartPrice spotted the BIS listing for the Galaxy M62 5G. According to listing, the Galaxy M62 5G comes with a model number SM-M62B/DS and will be 5G compatible. Also Read: Samsung Galaxy F62 launched in India on February 15

The South Korean smartphone makers has recently launch this Samsung Galaxy M62 5G in Malaysia. The Malaysian version of Galaxy M62 5G is basically a rebranded Galaxy F62. To recall, Samsung Galaxy F62 launches in India in February, 2021. According to reports, this same smartphone is likely to launch in India in coming months with some additional tweaks.

According to rumors, this upcoming Samsung Galaxy M62 5G is likely to be pack in Samsung’s Exynos 5100 5G modem. The upcoming device is likely to feature the same 6.7-inch FHD+ Super AMOLED Plus Display along with 1080 x 2400 pixel of screen resolution. This same display comes with Samsung Galaxy F62. The smartphone is likely to be power by Exynos 9825 SoC. This chipset is coupled with 8GB RAM/ 128GB of internal storage. Additionally, the device supports expandable storage with upto 1TB of microSD card.

Regarding cameras, the upcoming Samsung Galaxy M62 5G is likely to support 64-MP quad rear camera setup. This camera setup may include a 64-MP primary camera coupled with a 12-MP ultrawide lens, a 5-MP macro lens and a 5-MP depth sensor which houses inside a square-shaped camera module. For selfies, the front camera comes with a 32-MP snapper. Additionally, this upcoming 5G smartphone comes with a 7000mAh battery along with 25W fast charging support. The smartphone will run on Samsung’s own Custom UI, One UI on top of Android 11 OS out of the box. 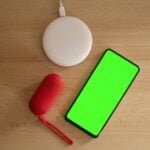 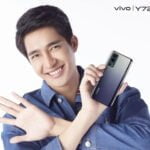