Earlier this week, Google begin to roll out Chrome OS 88. The latest Chrome OS 88 has started rolling out for the Chromebook series of laptops. It comes with latest new features including quicker web sign-in and personalized lock screens. There are a handful of other usability updates in this version that will be available in the coming days.

According to Google’s press release “The company is always prepares to find ways to make using Chromebooks as seamless as possible. Today, with latest Chrome OS release, the company introduces a faster login experience along with personalized lock screens,”

The major feature of Chrome OS 88 is converting your idle computer into a very simple smart display. This “Screen Save” will run through your Google Photos library, with the option to pick individual albums. Additionally, “Featured Photos” or “Earth and Space” galleries can be selected by the users..

The time is recorded in the bottom-left corner.  The weather (condition and temperature) appears right next to it. However, Google will identify any playing music in the top-right corner. The bottom edge of your screen displays battery percentage, the Wi-Fi status, and how many unread notifications you have. There’s the “Sign out” button, too.

WebAuthn allows the Chromebook PIN or fingerprint to be use instead of passwords on few websites. Users’ details of on-device unlock method is never share with the web service. It also provides 2-Step Authentication feature to replace security keys and phones.

The previous version of Chrome OS 87 was release in December last year. It includes the Tab Search feature. This feature provides the ability to display a Bluetooth headphone battery, and more. There are Fresh wallpapers from four different artists. The new update also includes a couple of bug fixes were also part of Chrome OS 87. 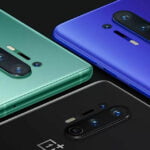 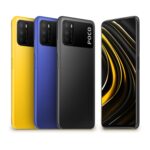