OnePlus is ready to launch it’s next flagship line-up in form of OnePlus 9 and 9 Pro (and maybe OnePlus 9 Lite too). The company had a tight shelf in 2020 with OnePlus 8T, OnePlus Nord N10 5G and OnePlus Nord N100 in the last few months of the year. The OnePlus 9 Series combines the best parts of its predecessors to form a better device. According to leaks, the OP 9 series could offer some of the premium category smartphones.

According to Android Central, the OnePlus 9 is likely to launch earlier than expected in March 2021. However, company has not reveal the official launch date yet. Also, there is no information as such regarding the pricing of upcoming OnePlus 9 Series. The OP phones are getting costlier with the launch of each series. Thus, these devices are moving more towards the premium pricing territory. These are not similar to OnePlus Nord. Thus, it means that OP 9 might not attract the people on tight budget.

According to recent leaks from famous tipster Max Jambor (popularly known as Max J. on Twitter), OnePlus is not in a mood to update the zoom system on the next flagship models. The tipster confirms that both device will prefer to use the traditional zoom camera systems instead of the fancy periscope stuff.

Since the launch of OnePlus 7 Pro, OnePlus has kept it’s standard 3x optical zoom system. The The zoom lens is absent on OnePlus 7, while the OP 7T had a 2x optical system. The OnePlus 8 series also discarded zoom lens, and follow the path in favor of macro cameras. The first OnePlus smartphone to feature an optical zoom camera system was OnePlus 8 Pro.

To keep the price low, The company might avoid a periscopic zoom system. Keep in mind, it took the Chinese smartphone makers four years to introduce the IP certifications to its phones, as it previously cited cost-related concerns to stop it. Also, the wireless charging never made it to the OnePlus 8T despite the older OnePlus 8 Pro features it earlier.

However, coming to OP 9 series, it is not likely to skip on performance. The latest Snapdragon 888 SoC  is one of the popular chipset. It will give a major boost to the efficiency of device along with the Oxygen OS experience. The Pro variant is likely to come with a fast 120W wired charging system as well. As per leaks, we can even expect wireless charging feature on OnePlus 9 Series handsets. 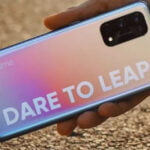 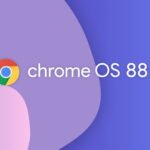