HMD Global is reportedly working on its next Nokia X-Series smartphone. The HMD Global Nokia is preparing for the launch of X50 smartphone. This X-Series currently comes with the Nokia X10 and Nokia X20. Both of these smartphones have been launched globally under Nokia branding. Now, According to a report from NokiaPowerUser, the smartphone makers are planning to launch next smartphone in this X-Series. Meanwhile, The smartphone could be the Nokia X50. It will be releasing sometime in Q3, 2021.

Some of the key features of this upcoming HMD Global based Nokia device includes an unannounced Qualcomm Snapdragon 775 SoC, a 108-MP rear camera setup and much more. Also, To recall, Qualcomm is yet to announce the latest Snapdragon 775 chipset. This chipset will succeed the last year’s Snapdragon 765G SoC. According to reports, the all new chipset is designed on top of a 5nm process. Comparing with its predecessor, the upcoming chipset is likely to be more powerful and much more power-efficient. Also Read: Nokia Lite Earbuds launched with 36-hours of battery backup

The report from NokiaPowerUser claims that the upcoming Nokia X50 phone from HMD Global may feature a 6.5-inch QHD+ display along with 120Hz refresh rate. Also, The upcoming Nokia smartphone will be power by Qualcomm Snapdragon 775 SoC. This chipset will come in pair with an Adreno GPU. The device will be running on Google’s Latest Android 11 OS with its stock configuration. However, the HMD Global smartphone may feature some over the top Nokia customizations. Additionally, the smartphone will come with 5G Connectivity. The upcoming Nokia X50 smartphone is likely to come with massive 6000mAh battery along with 22W fast charging support.

For the cameras, the HMD Global based Nokia device will feature a Penta camera setup. This setup will include a 108-MP primary sensor. The main camera sensor is accompany by an ultra-wide angle lens, a telephoto lens, a depth sensor and a macro lens. However, The exact details about these lenses are yet to be known. The camera module may feature Zeiss Optics and OZO Audio. In an another report, the HMD Global received the TUV Certification for two of its upcoming smartphones. As per the details from this certifications, the smartphone will come with battery capacities of 4850mAh and 5850mAh. The one with 5850mAh battery is likely to be pack in Nokia X50 smartphone. Additionally, one of the smartphone will also feature a 22W fast charge support. 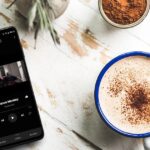 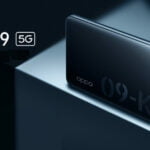