The all new Moto G20 smartphone comes with a 6.5-inch Max Vision IPS LCD display. Also, The latest budget smartphone comes with a HD+ screen resolution along with 90Hz refresh rate. This display features a waterdrop notch. As for the hardware, the all new Moto G20 smartphone is power by an Octa-core Unisoc T700 SoC. Additionally, This chipset comes paired with 4GB RAM along with 64GB of internal storage. This internal storage is expandable and can be expand upto 1TB via microSD card.

As for the camera, the latest budget smartphone comes with 48-MP quad rear camera setup. Meanwhile, This setup includes a 48-MP main camera sensor which is accompany by an 8-MP ultra-wide lens, a 2-MP macro lens and a 2-MP depth sensor. Additionally, The front camera features a 13-MP sensor which can click some decent selfies. The budget smartphone camera comes with some basic features including Portrait mode, Night mode, HDR, Face Beauty, and more.

The Moto G20 packs in a big 5000mAh battery along with standard 10W charging support. Also, The smartphone runs on near-stock Android 11 OS out of the box. For connectivity, the device comes with a support for Wi-Fi 802.11 b/g/n/ac, Bluetooth 5.0, NFC, GPS, USB Type-C port, dual-SIM card slot, and a 3.5mm headphone jack. For security, the all new Moto G20 comes with a rear-mounted fingerprint scanner. Additionally, the budget smartphone also includes an IP52 water and dust resistance. Similar to all the other Motorola smartphone, There exist a dedicated Google Assistant button and Moto Gestures.

The all new Moto G20 smartphone is launch in a sole RAM/ Storage option. As for the color options, The latest budget smartphone comes in two colors including Breeze Blue and Flamingo Pink options. This Moto G20 Price starts at EUR 149 which is approximately Rs 13000. As per company officials, the smartphone will go live on sale starting this week. Regarding its India availability, the company did not reveal any official launch date. However, we can expect the device to launch in India in coming months. Also, The device is likely to settle in between Moto G10 Power and Moto G30 smartphone, which were recently launched in India. 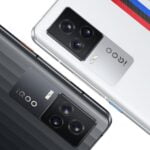 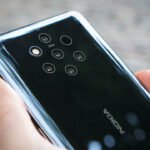