Couple of weeks ago, Samsung launched it’s Galaxy A52 and Galaxy A72 smartphones in India. Now, the South Korean smartphone makers are looking to launch their new smartphone in A-series. This is smartphone is reportedly to be Samsung Galaxy A82. This upcoming device has already been spotted on Google Play Console Listing. This listing reveals some of the key highlights of the specs of the upcoming Samsung Galaxy A82 device.

The images of this upcoming Galaxy A82 smartphone has been posted by famous tipster Mukul Sharma. He posted the image of the smartphone on twitter along with info obtained from Google Play Console. According to listing, the upcoming device comes with a placeholder name of Samsung Galaxy Quantum 2. However, Sharma claims that this listed smartphone is likely to be named as Samsung Galaxy A82. Also Read: Black Shark 4 spotted on Google Play Console along with key specs

If the image appears to be true for Samsung Galaxy A82, then we will get back to see the center punch hole display again. However, earlier report claims that the upcoming Galaxy A82 is likely to feature a rotating or pop up selfie camera. To recall, Samsung Galaxy A80 from 2019, use to feature similar camera mechanism. The listing also reveals that the upcoming device will be powered by Qualcomm’s SM8150P processor. This chipset number relates to Snapdragon 855+. This chipset is likely to be couple with Adreno 640 GPU.

Specs wise, The upcoming Samsung Galaxy A82 smartphone will come with 6GB RAM and is most likely to run on Samsung’s own custom UI, One UI 3.1 on top of Google Android 11 OS. Interesting part from this listing is that Qualcomm lists both Snapdragon 855+ and Snapdragon 860 SoC. This means that the upcoming Galaxy A82 could feature either Snapdragon 855+ or Snapdragon 860 SoC. The listing does not reveals the display size. However, list does confirms that smartphone will feature a Full HD+ display. The display is likely to come with a screen resolution of 2400 x 1080 pixels. The listing does not reveal any other details about the upcoming smartphone.

According to previous reports, the upcoming Samsung Galaxy A82 is likely to feature a 64-MP primary camera sensor supply by Sony. However, it is not a confirmed news, we have to see if Samsung uses self manufactured sensor or settles with Sony sensor. Keep in mind, Samsung has always used it’s own manufacture sensor in its smartphone. Meanwhile, Samsung has not reveal the official launch date of the Galaxy A82 smartphone in the country. However, Since the device is available on Google Play Console, therefore we can expect the device to launch soon. 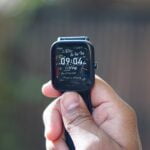 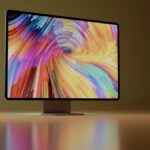