Yesterday, Apple has officially unveiled its all-new iPhone 13 series. The next gen Apple iPhone 13 models were showcased at the Apple Park in California last night. The Apple launch event took place all-virtual at Apple Park in California. However, along with the announcement of Apple iPhone 13 series, some new Apple Rumours appears online about the next iPhone. According to these rumours, the popular tipster Jon Prosser shares some early renders of the Apple iPhone 14 Pro Max. According to his leaks, the render represents massive upgrade in terms of design. These Apple upgrades are bigger on comparison to the existing iPhone 12 series.

According to rumours and leaks, Since Apple is utilizing the number “13” for iPhone models coming this year, despite the bad implications. Therefore, it suggests that next year, we will be getting to see the launch of the iPhone 14 series. New render reveals the complete design of the top-end model iPhone 14 Pro Max. However, the launch of the iPhone 14 series is nearly an year away. Just like previous iPhone models, the iPhone 14 series will be getting a similar design with slight difference. According to rumours, Apple will bring slight difference in form of the camera module design.

As per render leaks, the upcoming iPhone 14 series will skip the notch design. Additionally, the bezels on all the sides is likely to be slimmer than ever before. To recall, the wide notch design was introduced with the iPhone X Series. Additionally, the iPhone 13 series will also pack a similar notch but small in size. Previous leaks and rumours also indicates that the upcoming Apple iPhone 13 models will include a much smaller notch than its predecessor.

According to new renders, Apple will avoid using any notch on the iPhone 14 series. Instead, it will utilize a hole punch notch, which is identical to what most Android phone uses these days. The Cupertino based tech giant will be able to provide a much better and enhanced screen experience. Since, it will skip the notch, the front camera will be gets its position inside a punch hole. Additionally, the selfie camera will sit inside the hole punch.

Although, this is too early to talk about the iPhone 14 series. We suggest you to take this information with a pinch of salt. Meanwhile, the Cupertino based tech giant is focusing on the launch of iPhone 13 series. 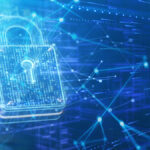 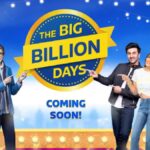