Meanwhile, this MediaTek Dimensity 1300T will be exclusive to the Honor devices. The leaks suggests that Honor will be first brand to bring Honor V7 Pro tablet with Dimensity 1300T. Meanwhile, the Chinese brand has reserved all rights to use this chipset exclusively for the first six months. This indicates that Honor is likely to use the chipset on other mobile devices also. These devices could include upcoming laptops and smartphones. However, MediaTek is yet to share any words on this topic.

Some reports also suggests that Dimensity 1300T could offer performance equivalent to the Qualcomm’s flagship Snapdragon 888 chipset. As mentioned above, the chipset will be debuting on an Honor tablet. The chipset is likely to power the ARM-based Honor laptops, which will be launching in coming months. According to tipster Digital Chat Station, the Dimensity 1300T will be based on the 6nm process. It will feature Cortex A78 CPUs. Additionally, the chipset will also feature a 9-core GPU along with a 6-core APU. Meanwhile, we have to wait for any official updates from both the companies. MediaTek and Honor will be working together on these phones and tablet series. 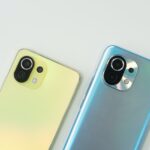 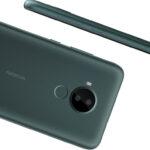