HMD Global has officially launched the premium segment, Nokia XR20, the rugged 5G phone in global market. The new Nokia 5G phone comes with a price tag of USD 550 which is approximately Rs 42000 on conversion. The smartphone brand has also launched a new budget Android phone. This budget offering from Nokia comes with the name of Nokia C30 phone. However, Nokia has not revealed its plans yet to bring this Nokia C30 in India. Also Read: Nokia new smartphone comes in form of 1.4, 6.4 5G and 7.4 5G

As for the Nokia mobile specification, The Nokia C30 comes as the entry-level Nokia device. The new Nokia phone comes with 6.82-inch HD+ LCD display. The display gets a screen resolution of 1600 x 720 pixels. It also gets 20:9 screen aspect ratio. This display gets a V-shaped notch to accommodate the selfie camera. With this bigger display users can enjoy vivid and crystal-clear visuals while watching videos, playing games, or streaming movies online.

Regarding hardware, the Nokia Android phone is powered by an unspecified octa-core processor. The processor gets 4x Cortex A55 cores at 1.6GHz and 4x cores of Cortex A55 at 1.2GHz. It comes with up to 3GB of RAM along with 64GB of internal storage. For camera configuration, the Nokia C30 features a 13-megapixel dual camera setup at the rear end. The 13-megapixel main camera is accompanied by a 2-megapixel secondary lens. For selfies, the Nokia C30 budget phone packs in a standard 5-megapixel sensor for basic selfies and video calling. The budget Nokia C30 runs on Android 11 Go and uses Nokia Camera app.

The all-new Nokia C series Android device gets an optimized version of the Android 11 operating system, which is developed for entry-level phones with basic hardware. The budget Nokia phone is backed by a 6000mAh non removable battery along with 10W of standard charging solution. The company claims that this battery can last for up to 3 days on single charge. Regarding other connectivity options, the Nokia phone comes with 4G VoLTE, Wi-Fi 802.11 b/g/n, Bluetooth 4.2, GPS + GLONASS. It also gets a micro-USB port. For security, it comes with a rear-mounted fingerprint scanner and Face Unlock feature. 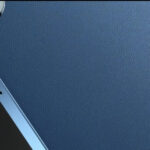 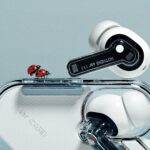