Samsung is all set to unveil the all-new Samsung Galaxy S21 FE. The Fan Edition phone will be launching as the successor to the Galaxy S20 FE. Recently, the device has been leaked online. The leaks give us an idea about how the upcoming smartphone will be like. According to most recent information, the production for this upcoming smartphone has been suspended. This means that there could be a possible delay in launch too.

Meanwhile, Samsung has refused to provide the actual details for this ongoing issue. The South Korean tech giant has suggested that it is still deciding whether or not to halt the production. According to official statement from Samsung to Bloomberg, the company cannot discuss the details of the unlaunched product. Right now, nothing has been clear regarding the alleged delay in production.

It seems like Samsung wants to delay the production for the upcoming smartphone until some solution is provided. This is because the company did not want to repeat same problem as it happened with the Galaxy Note 7 issue. If this report comes out to be true, then there is chance that the phone’s launch could be delayed. Additionally, to recall, the Galaxy S21 FE is likely to launch in the month of August alongside the Galaxy Z Fold 3 and the Galaxy Z Flip 3. Keep in mind, Samsung has not cancelled the event, even after the production comes to rest. Accoring to reports, the production line will commence soon.

The all-new Samsung Galaxy S21 FE has been leak multiple number times through various online platforms. According to rumors, the phone will be flagship killer and will be launching at an affordable price. The upcoming device is likely to take on the likes of OnePlus 9, the Xiaomi Mi 11X Pro and many others.

Regarding design and specs, the upcoming Galaxy S21 FE is likely to carry a similar design to as that of Galaxy S21. However, the Fan Edition device is likely to launch with some compromises also. The smartphone could launch with a plastic unibody unlike the metallic plastic build. The device could launch with four color options including matte green, matte purple, white, and black colours. The Fan Edition smartphone could be power by Qualcomm Snapdragon 888 chip. The device will get an AMOLED display along with a 120Hz refresh rate. The smartphone will be packing in a 4500mAh battery along with fast charging support.

According to leaks from China’s 3C Certification website, the Samsung Galaxy S21 FE is likely to get 25W fast charge support. The charging adapter has been certified for the use with Chinese variant only. However, there are not information about the charging system for the global market. If this news comes true, then it will be great for Samsung Fans to get a 25W fast charge support. To recall, Samsung has always provided its lower-priced phone with slower 15W charging adapter.

Moreover, the 25W charger is considered fast by the Samsung Standards. However, comparing with the market competition, this charging adapter may fall behind by the massive margin. Rivals like OnePlus, Xiaomi and others are providing higher capacity charging adapter with their upcoming smartphones. Recently, the entire OnePlus 9 Series comes with the support of 65W fast charging solution. Whereas, Xiaomi offers faster 33W and 67W fast charger with its Mi 11 Series.

The upcoming device is also likely to launch as a successor to the Galaxy Note 20. The latest Galaxy S20 FE could be price in between Rs 45000 and Rs 55000. This price is somewhere similar to the Samsung Galaxy S20 FE price in India. Also Read: Galaxy S21 FE again spotted on benchmark website, reveals RAM option 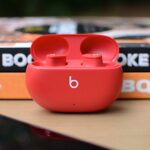 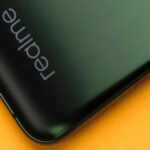