Keep in mind, both smartphones are yet to debut in India. The pre-orders for the Samsung Galaxy S22 Series in India will begin from February 23. Also Read – Upcoming smartphones in 2022; mobile phones expected to launch next year

Both the Samsung Galaxy S22 and Galaxy S22 Plus smartphone have lot of the common specifications. These Galaxy phones feature a triple rear camera setup. The main camera is a 50-megapixel wide-angle-lens accompanied by a 12-megapixel ultra-wide-angle lens. The third lens is a 10-megapixel telephoto sensor with 3x optical zoom. For selfies and video calls, each phone gets a 10-megapixel selfie shooter.

For battery backup, the Samsung Galaxy S22 packs in 3700mAh battery along with support for 25W wired charging. While, the Galaxy S22 Plus packs in a 4500mAh battery which comes with support for 45W fast wired charging. In addition to this, both phones get an additional 15W wireless charging and Wireless PowerShare feature. Keep in mind, users will have to purchase the Samsung Galaxy fast wireless charger separately.

In terms of hardware, the Samsung Galaxy S22 and the Galaxy S22 Plus gets Qualcomm Snapdragon 8 Gen 1 SoC in the US and other markets. While, rest of the global market including India gets the Samsung Exynos chipset. The battery on both phone shrinks to some extent. The South Korean tech giant claims that despite of smaller batteries, the battery life will not dip. Both the Samsung Galaxy S22 series smartphone runs on One UI 4.1 which is based on Android 12 OS.

During the launch event, the South Korean tech giant touts to improve the low-light performance for both photos and videos. This could be mainly due to the image processing technique. For photos, all the smartphone under the Galaxy S22 series uses a hybrid of pixel binning technique. This allows to create high resolution images with lesser image noise and better details.

Similarly, for video, the South Korean tech giant is adopting something similar to what Apple does with its iPhone. In the low-light situation, the camera will automatically track the ideal frame rate depending upon the scene. Furthermore, this frame rate can even change while recording. Additionally, these latest Galaxy phones can also blend multiple exposures into a single video frame. This can help in improving the videos which are recorded in a dimmer situation. 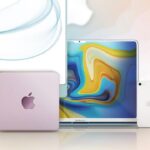 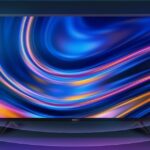