Every year Apple organize at least three to four events. These annual events begin with the Spring Event in March. After this the Cupertino tech giant organizes the Worldwide Developers Conference (WWDC) in June. The September event mainly focusses on the launch of the new iPhone and the new Apple Watch. Besides this, sometime the tech giant organizes an event in October for the launch of their new Apple iPad or Mac models.

According to reports circulating over the Internet, 2022 is going to be an important year for Apple. This year we might see some new products and software from the Cupertino based tech giant. These products may include the new iPhone, a new Mac and the next iPad. Some recent rumors further suggests that Apple will kick start this year with the annual Spring Event.

According to recent rumours, Apple is planning to bring a set of minor software updates and multiple new products at the annual Spring Event. The rumours further suggests that a new 27-inch “iMac Pro” could launch at this special Apple Event. Furthermore, we might also see the launch of refreshed iPad Pro models at the next Apple Spring Event 2022. There is a possibility that Mac Mini could be coming soon alongside the iMac Pro. A new iPhone SE and a new iPad Air is also possible at this annual event.

Apple is also developing a new fifth-generation of iPad Air. This newer model will be similar to the sixth-generation of iPad Mini. As for the expected specifications, the newer version of iPad Air is likely to feature an A15 Bionic chipset. Furthermore, the next iPad model could launch with 5G connectivity for the Cellular models. The upcoming iPad Air model could also get a 12-megapixel Ultra-Wide angle front camera with Center Stage support.

The newer model will look similar to the current generation latest iPad Air model. To recall, the current generation iPad Air offers a single-lens rear camera, a 10.9-inch LCD display, a USB Type-C port, a touch ID power button. Furthermore, the current iPad Air is available in various colour options. It could also come in the first half of this year. Perhaps the launch will take place at the Apple spring event 2022.

iMac Pro is the third product that is highly speculated to launch at the annual Apple Spring Event. Apple is currently working on the 27-inch iMac model. This 27-inch iMac model will be sold alongside the 24-inch model. According to rumors, the newer Apple iMac 27-inch model will feature a Pro Display XDR-like design. It will also get a 27-inch mini-LED display with ProMotion technology.

Apple’s M1 Pro/ M1 Max chipset will power the newer iMac Pro models. Rumours suggest that Apple will be launching this iMac Pro model at the next Annual Spring Event 2022. However, the Cupertino based tech giant could hold the device until later half of the year. Also Read – Apple Spring Loaded Event: Launches and Highlights

The Cupertino based tech giant is also planning to unveil its Mac Mini model at the Apple Spring Event 2022. The tech giant is reportedly developing a high-end version of Mac Mini. The newer Mac Mini will get additional ports and a more powerful Apple Silicon chip. According to rumors, the upcoming Mac Mini will include an improved version of M1 chip with a 10-core CPU that has eight high-performance cores and two energy-efficient cores. Further, it also gets 16-core or 32-core GPU options.

The Apple Silicon chip will also support up to 64GB RAM and four Thunderbolt ports. Just like the upcoming 27-inch iMac, the newer Mac Mini models are likely to come with the M1 Pro and M1 Max chipset. Also Read – iPhone SE 3 to launch in 2022, could be cheaper than iPhone 12 Mini 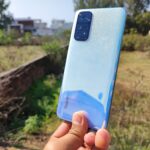 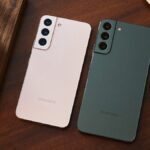