Previous Next
Nothing Phone (!)

Nothing Phone (1), the first-ever smartphone from the UK-based tech brand, could soon launch in the global market. The official launch details are yet to be confirmed by the company. Although, some recent leak hints at the specifications, price, and launch date. Meanwhile, the Nothing company has not divulged much about the upcoming smartphone. As per the recent report, the tech company is also reportedly planning to launch the Nothing mobile phone next month in July. Besides the other global markets, the Nothing Phone will also launch in India.

Nothing Phone 1 A063 gets Indian BIS certification. 😎

Earlier, tipster Sharma also confirmed that the Nothing Phone (1) is in the final stages of testing in the country. It suggests that it won’t take long for the smartphone to go official. As for the global launch, Sharma revealed that the batch production of the Nothing mobile phones has started. The production is already on a roll in different European and Asian markets. So far, the tech players have only launched the Nothing Ear 1, the TWS earbuds in India. These TWS earbuds are available via Flipkart in India.

Nothing Phone (1) (model number A063), which I spotted earlier on BIS, has been listed on Flipkart as well.#Nothing #NothingPhone1 pic.twitter.com/L6s1VXqobH

As per recent report from a German Publication, ALL Round PC, the Nothing Phone (1) to launch on July 12. The report also confirms that the smartphone could be priced at around EUR 500, roughly Rs 41400 in Indian currency. Meanwhile, the color options are yet to be disclosed. Also, we don’t know the exact pricing details for different RAM and storage configurations.

Meanwhile, the Nothing Phone (1) price in India and the launch date remains unknown from official end. In a separate tweet, Carl Pei suggests that Nothing smartphone will also be launching with wireless charging support. Another report also confirms that the handset will be launching in India before the rest of the world.

It won’t be long before the full reveal. Summer 2022, coming to a (phone) screen near you.

Nothing Phone (1) on Flipkart

Flipkart has also created a dedicated “Notify Me” page for the upcoming Nothing Phones. Earlier in March, the company announced that Nothing Phone (1) would be launching in India via Flipkart. The flagship-grade smartphone will also be made available via the company’s official website. Meanwhile, this Nothing’s association with Flipkart could be exclusive. But we don’t know if this is true. Nothing CEO Carl Pei is widely aware of the OnePlus-Amazon tie-up. Hence, the former OnePlus co-founder has opted for Flipkart to create a different ecosystem.

As mentioned above, the Nothing Phone (1) will sport a transparent back and a recycled aluminum mid-frame. Furthermore, it will feature a unique front with almost no chin. Additionally, the Nothing smartphone will feature a slim bottom bezel. Also, Read – Nothing Ear 1 earbuds launch date and price in India

Nothing has grand plans for the upcoming smartphone to stand against Apple, Samsung, and OnePlus. Pei confers that Nothing Phone (1) is not about incremental changes in the existing smartphone ecosystem during the March event. He reveals that Nothing mobile will be more about innovative solutions.

According to reports, the Nothing Phone (1) will be an Android-powered smartphone. It will come with 3 years of OS updates and 4 years of security updates. The company also promises a smooth experience throughout the OS. Also Read – Nothing company first audio product in India

A report from a German publication reveals that the phone will sport a Snapdragon 700 series processor. The device could even launch with the recently launched Snapdragon 778G+ chip. The smartphone might also come with up to 12GB of RAM. The latest handset will run on the Android 12 OS, which will work with some preloaded features.

Meanwhile, the upcoming mobile will work on the recently launched Nothing OS Launcher. The company has also revealed a glimpse of Nothing OS Beta Launcher on select smartphones. The new OS will be free of bloatware and work efficiently with devices from another ecosystem.

Nothing Phone (1) may ship with triple rear cameras and a single selfie lens. Additionally, the upcoming Nothing mobile could see the Sony IMX sensors in the rear and selfie lens. The battery is also likely to range between 4,200mAh to 4,500mAh with a charger inside the box. Also Read – Samsung M022G/DS model name, specifications, and price details in India

The Nothing Phone (1) could also sport a 6.55-inch AMOLED display. This display will offer a 120Hz refresh rate. Furthermore, the smartphone might be a hit among the urban areas and the savvy internet buyers. It can attract the consumers looking for a new option, the premium to the mid-segment. Meanwhile, the Nothing will have to sweat it out to dethrone the OnePlus online presence and Samsung’s offline reach. The company will also be confirming more details about the device in the coming days.

In a separate interview, Tom Howard, head of design, and Carl Pei of Nothing confirmed the design and specs of the upcoming smartphone. “There are over 400 components in a smartphone, assembled in layers. We also wanted to celebrate the ‘good ones, the things we thought were exciting to emphasize”.

Furthermore, Howard described the phone’s manufacturing process as a “jigsaw puzzle,” highlighting cameras, charging coil, and other elements. The smartphone will also likely offer bespoke wallpapers, widgets, sounds, and Nothing OS, which comes with a custom launcher. According to Nothing executives, the Nothing Phone (1) will become a control center for your life”.  Moreover, it will also focus on the marriage between form and function.’ 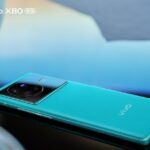 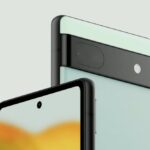