Vivo is reportedly working on its first ever laptop model. The Chinese brand could launch its first laptop in two display sizes. According to report from 91Mobiles, Vivo is conducting multiple surveys in the country for its upcoming laptop. In these surveys, the Chinese brand is asking its users about the features, they would like to see on their upcoming laptop models. Few results from this survey indicates that upcoming Vivo laptops are likely to carry the all-new 11th Gen Intel Core i3 and Core i5 processors.

Vivo laptops and its rivals:

If this report from 91Mobiles comes true, then this Chinese brand will take on domestic rivals such as Xiaomi, Realme etc. Currently, Xiaomi is selling multiple laptops under its Mi and Redmi branding in India. Notably, Realme is also gearing up for the launch of its first ever laptop in India. The laptop will be launching with the name of Realme Book. Realme could launch this laptop on its upcoming August 18 event. Meanwhile, Huawei is also selling its laptops in China. These laptops come under the MateBook branding. Similarly, Asus is already selling its notebooks with VivoBook branding. It will be interesting to see what Vivo names its upcoming laptops.

Meanwhile, the Chinese brand Vivo is yet to confirm any development on these laptops. The details about this upcoming Vivo laptop mostly remains on the speculation sheet. The rumours about the upcoming Vivo laptop comes alongside the rumours about its sister brand Realme. To recall, Vivo and Realme, both brands are owned by the BBK Electronics. Moreover, Realme is also preparing to launch its first ever laptop. The latest laptop comes with the name of the Realme Book. Additionally, it is possible that both Realme Book and the Vivo’s upcoming laptop could feature multiple similarities to each other.

In terms of specifications, the Realme Book is likely to carry the 11th Gen Intel Core i3 and Core i5 processors. These chipsets will be accompanied by multiple RAM and SSD storage options. Just like Realme, Vivo laptops could also launch with Intel Core i3 and Core i5 SoCs. These Vivo laptops may also get multiple storage options like Realme Book series.

Additionally, the Chinese brand Realme has also confirmed that the laptop would be eligible for the next version of Windows update. The device will get the latest Windows 11 update whenever Microsoft rolls out the stable version. Keep in mind, these core i3 laptop and i5 laptops will come with multiple variants.

Realme Book is tipped to carry a 14-inch Full HD display. The device will measure 307mm x 229mm x 16mm. Meanwhile, the exact weight of the Realme Book is unknown. However, some report suggests that the device is likely to weight under 1.5kg. The Realme Book Slim is going to feature USB-C charging and a very minimal array of ports. The laptop is also expected to get a 4:3 aspect ratio display. It will launch in silver and blue colours. Meanwhile, we don’t have much details about the dimensions and display of upcoming Vivo laptop series.

Based on previous leaks, Realme Book is likely to appear with a simple design and decent hardware. This will ensure daily productivity and entertainment tasks for the users. Regarding the price details, the Realme Book price is likely to settle around Rs 40000. Currently, we don’t have any price details for the upcoming Vivo laptops.

Meanwhile, Vivo will also be launching its laptops soon. The Chinese brand is likely to follow the footsteps of Realme. Thus, it is likely for Vivo to launch its new device after the launch of Realme Book. Just like Realme Pad, Vivo could also bring its tablet device along with the laptops. The Vivo laptops could largely be based on the Realme Book Slim. The large model could be reserved for the more affordable segment, similar to the RedmiBook models.

Moreover, Vivo is yet to reveal any concrete details about its laptops. Currently, Vivo is also gearing up for the launch of its new Vivo X70 Series. The smartphone series could launch in India in the month of September around the Second Phase of IPL 2021. The company is already selling the smartwatch with the name of Vivo Watch and TWS earbuds in China. Also Read: Vivo confirms entry into the tablet market, first product launching soon 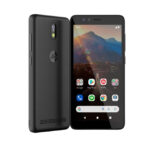 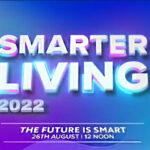