Xiaomi 11 Lite 5G NE India launch date is set for later this month on September 29. The Chinese brand is all excited for the launch of its 5G Xiaomi Phone. To recall, the upcoming Xiaomi smartphone was unveiled alongside the Xiaomi 11T and the Xiaomi 11T Pro at a launch event in Europe. In India, the latest smartphone could also be an upgraded version of the Mi 11 Lite. This Mi 11 Lite is already available in India since the month of June.

Moreover, this will be the first smartphone to India to fall under the company’s new branding scheme. In this scheme, Xiaomi is dropping the “Mi” prefix. The latest Xiaomi mobile includes support for Dolby Vision, 5G connectivity and much more. Qualcomm Snapdragon 778G powers this Xiaomi 11 Lite 5G NE smartphone. Additionally, the device is likely to deliver an upgraded experience over the previous generation smartphone. The upcoming Xiaomi mobile phone will be coming with up to 256GB of onboard storage.

The Chinese smartphone makers are preparing for the launch of this Lite variant as an upgrade to the already available Mi 11 Lite in India. Confirming to this news, Xiaomi also posted a teaser on its official twitter handle. On Twitter, the official Xiaomi India account teased the launch date of the latest Xiaomi smartphone in the country. Additionally, the Chinese smartphone makers have also started sending out the media invite for the launch event. Thus, confirming the launch date to be September 29 for the Xiaomi 11 Lite 5G NE.

In India, Xiaomi 11 Lite 5G NE could be priced similar to the European variants. Although, there could be some changes in the prices due to some local taxes in the country. Also Read: Redmi K40 Gaming Lite in works, specs and other details leaked

In Europe, the Xiaomi 11 series smartphone comes with dual (Nano) SIM support. The latest Xiaomi phone runs on the company’s MIUI 12.5 which is based on Android 11 operating system. The device comes with a 6.5-inch Full HD+ 10-bit Flat AMOLED tur-colour display. This display comes with a screen resolution of 1080 x 2400 pixels. Additionally, it also gets 90Hz screen refresh rate along with Dolby Vision support.

As for the hardware, the Xiaomi 11 Lite 5G NE get its power from an octa-core Qualcomm Snapdragon 778G SoC. This chipset comes in pair with up to 8GB of RAM and up to 256GB of onboard storage. Also Read: Mi 11 Lite NE could launch in India with Snapdragon 778G chipset

For optics, the Xiaomi 11 Lite 5G NE features a triple rear camera setup. The 64-megapixel main shooter comes in pair with 8-megapixel ultra-wide sensor. The tertiary lens is a 5-megapixel tele macro shooter. Additionally, the Xiaomi phone packs in a 20-megapixel selfie camera at the front for selfies and video chats.

The Chinese brand is also offering dual stereo speakers on this smartphone. The complete hardware is backed by a 4250mAh battery, which comes with 33W fast charging support. Based on the specs sheet, the Xiaomi phone will compete against the likes of the Realme GT Master Edition, Samsung Galaxy A52s 5G and many more. 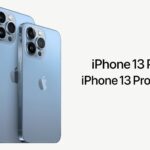 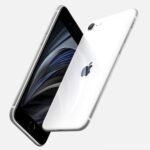