LG recently announced that it is closing it’s smartphone business. The company has decided to focus on it’s other profitable business. Due to have losses in past, the company decides to end it’s smartphone manufacturing business. To recall, LG recently made official announcement about it’s exist from smartphone market. Now, the company has also announce that it will be clearing it’s leftover stock. Also, The officials from the company does confirms that it will continue to provide customer support for its current smartphone lineup with all the Operating system and Security updates. As per reports, LG has also shared the list of smartphones that will receive the Android 11, Android 12 and Android 13 update. This information was shared via the company’s official South Korea and Germany website. Also, This list of device was first spotted by Gadget360.

Even though the company has shared the list of device that will be getting support for updates. But, still the company did not specify any official timeline for the Android update to rollout. This means that all the device will receive updates depending upon when the company will roll out the update for same. As per reports, the update roll out will begin within a few weeks from now. All the new devices are likely to receive the update first. The device that are in line to receive the Android 13 update are likely to wait for another year or so. This because even Google has not officially launched the latest version of Android 13 OS.

List of LG smartphones eligible for the Android 12 update:

List of LG smartphones eligible for the Android 13 update:

Keep in mind LG did not reveal if the Indian or Global variants are also eligible for these Android update support or not. However, this post may give some hope to the LG customers both Global and Indian users. 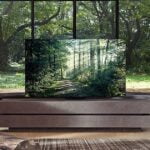 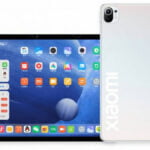