There are various leaks and rumors about Jio-Google 5G phone. These leaks have been floating all around on internet. Previously it was claim that the upcoming JioPhone 5G could launch at the company’s annual general meeting (AGM 2021). To recall, Reliance AGM 2021 is set for June 24. However, latest reports suggest a completely different story. According to recent media reports, the 5G JioPhone could launch around Diwali this year. Therefore, we can assume that there is still time to get hands on the upcoming Google-Jio phone.

Last week, Google CEO Sundar Pichai revealed that the tech giant is working closely with Reliance Jio on the upcoming phone. To recall, the telecom company will be launching a 5G Jio Phone in collaboration with Google. However, Google CEO did not reveal any official launch timeline for the same. Neither Reliance Jio made any official announcement regarding this. Now, the media Reports suggest that the upcoming Google-Jio 5G phone will be launching anytime during October and November this year. This means that the 5G phone could launch around the festive season of Diwali. But, we suggest you take this post with a pinch of salt, as nothing is official yet.

According to latest reports from the Internal people associated with the smartphone suggests that the 5G Jio Phone is currently under testing phase. The 5G phone is being tested out in the manufacturing units of Dixon Technologies, Flextronics Technologies, UTL Neolyncs, and Wingtech Mobiles. The report further reveals that the Jio Phone 5G has already crossed the R&D stage. Currently, the telecom company is looking for the resources to get the components. The company is in talks with the companies like Tata Electronics for the components. Although, Reliance Jio did not confirmed any details as such.

Meanwhile, Another report hints at the pricing for the upcoming Reliance JioPhone. As per recent reports, the upcoming Jio-Google 5G Phone could be price around Rs 3650 in India. The International price could be approximately under USD 50. This confirms that the smartphone could be price around Rs 3500. The report also claims that the pre-book could start any time after the AGM 2021. However, this is not an officially confirmed timeline.

Some close sources also states that Google’s role in this project is to optimize the software. The tech giant will be mainly focusing on optimizing the software for the upcoming 5G phone. On the other hand, Wingtech will be designing the hardware for the smartphone. Whereas, other vendors will be involve in assembling of the Jio Phone. As for the official launch, the smartphone is currently under trials and testing. The JioPhone 5G could launch anytime during the last quarter of this calendar year. Also Read: Reliance Jio to bring a low-cost Android laptop in India 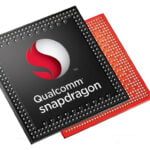 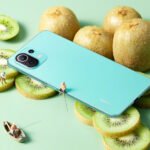