These days Xiaomi’s CEO Manu Kumar Jain has been teasing about the launch of the Xiaomi Mi 11 Lite in India on social Media platform. In one of his recent posts, he asked Mi fans to guess the cost of upcoming Mi 11 Lite phone in India. To recall, the latest Mi 11 Lite is a toned-down variant of Mi 11 phone. The Mi smartphone comes with mid-range features. According to recent reports, Xiaomi is considering to launch the 4G variant of Xiaomi Mi 11 Lite in India. Whereas, Mi Fans are expecting the company to bring the 5G variant in the country.

The Xiaomi Mi 11 Lite was launched globally few months back. The device was launched in both 4G and 5G variants. The 4G variant of Mi 11 Lite is largely based on the recently launched Redmi Note 10 Pro. Whereas, the 5G variant comes as the toned-down version of original Mi 11 smartphone. The Mi 11 Lite 5G comes with newer Snapdragon 870 SoC. According to reports, Xiaomi is planning to launch the upcoming Mi 11 Lite phone in coming days. The smartphone will sit alongside the highly popular Mi 10i. To recall, the Xiaomi Mi 10i comes with Snapdragon 750 SoC, at a starting price of Rs 21000. The reports suggests that the Mi 11 Lite will also be priced around Rs 21000. However, it seems otherwise and unbelievable.

According to report from India Today, the Chinese brand is planning to launch the 4G variant of Xiaomi Mi 11 Lite in the country. The company might skip the launch of 5G model. The report comes from a reliable insider from India Today. These days, Xiaomi has been more competitive than ever. But, the idea to launch a 4G smartphone with an old chip is not so good for the company’s future. Additionally, it will affect the company’s growth, if the smartphone comes for a price above Rs 20000.

As mentioned above, the reports suggests that the Xiaomi Mi 11 Lite 4G variant could launch in India with a starting price of Rs 23999. The report further suggest that the Indian variant will rely highly on the older chip, Snapdragon 732G. To recall, the same chip is already in use on the Redmi Note 10 series. The India Today price seems to be illogical, as the price are just based on the direct conversion of European price.

Xiaomi is yet to announce anything officially. But, according to company’s previous record, it is possible that the Mi 11 Lite 5G could launch in India at a starting price of above Rs 25000. Whereas, the price for the 4G variant could start at Rs 21000. We are keeping an eye on any official announcement from Xiaomi regarding the upcoming Mi 11 Lite in India. Keep visiting for more updates. Also Read: Redmi Note 10 Pro 5G edition with Snapdragon processor 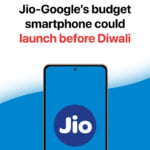 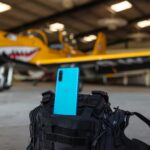