The Redmi Note 10 Pro Max is one of the hot selling smartphone under Rs 20000 price bracket. With so much competition in smartphone market, Xiaomi is now leading towards the launch of 5G edition of Note 10 Pro. According to recent teaser, the Chinese smartphone makers are planning to launch the Note 10 Pro 5G smartphone in Spanish markets. Xiaomi also confirms that the smartphone could launch with Qualcomm chipset.

The tease poster is shared by renounced tipster Abhishek Yadav, This poster shares details about yet to be release upcoming Redmi smartphone with 5G connectivity. The Redmi Note 10 Pro 5G design appears to be similar to 4G variant of the same. To recall, the 4G variant of Note 10 Pro smartphone was launched in March, 2021. The poster also mentions about the existence of Qualcomm 5G based chipset. According to rumours, Xiaomi is likely to make use of Snapdragon 750G for the 5G variant of Redmi Note 10 series smartphone.

Other than processor leaks, we do not have much to share about the all new Redmi Note 10 Pro 5G specs. Also, we don’t have any official information regarding Note 10 Pro 5G price. Some report does claims that the Redmi Note 10 5G camera could feature similar configuration as Xiaomi Mi 10i smartphone.

To recall, Xiaomi is already selling the 5G variant of vanilla Redmi Note 10 smartphone in some international markets. However, the company did not launched the Pro variant as of yet. Although, majority of Mi branded Xiaomi phones comes with 5G connectivity. Also, Redmi is yet to launch the 5G phone in Indian markets. If confirm, this Pro variant could be the first smartphone under Redmi branding to launch in India with 5G connectivity.

Keep in mind that Redmi Note 10 Pro Max borrow a lot of components from previously launched Mi 10i. As mentioned above, According to reports, the upcoming 5G variant could launch with Snapdragon 750G. The regular 4G variant comes with premium features such as 120Hz AMOLED display. Other feature includes 108-MP main camera setup, a 5000mAh battery and a glass body design.

To recall, this Snapdragon 750G has been already seen on Xiaomi Mi 10i, Moto G 5G smartphone. Beside 5G connectivity, this chip is almost equivalent to Snapdragon 765G chip. These smartphone can also perform mobile gaming seamlessly. If compared with Snapdragon 732G, the 5G chip Snapdragon 750G provides a notable performance improvement. 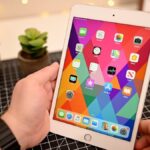 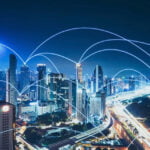