Currently, there are a number of affordable 5G phones launching in India. This time Vivo is also planning to launch one in the country. According to reports, Vivo is planning to launch the all-new Vivo V21e 5G phone in the country. The Vivo V21e 5G is the elder variant of the recently launched Vivo V21e 4G. The Vivo V Series 4G variant made its global debut a couple of months ago in Malaysia. To recall, Vivo has recently launched the V21 series in India. There are multiple leaks about the upcoming smartphone that have been circulating all over the internet. The latest leak hints about the possible specifications and features of this upcoming 5G phone. These leaks come from popular tipster Ishan Agarwal.

According to reports from 91Mobiles, the Vivo V21e 5G is likely to be powered by the MediaTek Dimensity 700 chipset. Additionally, the upcoming Vivo phone could compete with the likes of Realme 8 5G and most recently launched Poco M3 Pro 5G. The device is likely to feature a 6.44-inch Full HD+ AMOLED display. The leaks do not reveal about the presence of a high refresh rate. The phone is likely to accommodate the front camera inside the waterdrop style notch. Additionally, this notch is much similar to the Vivo Y73 2021. The all-new Vivo V21e 5G is likely to launch with up to 8GB of RAM and 128GB of internal storage.

For front camera configuration, the device is likely to feature 64-MP triple rear camera sensors. There is a 64-MP main camera and an 8-MP secondary camera and a third unknown camera. The details about these cameras are unknown at the moment. Additionally, for selfies, the device will offer a 32-MP front shooter. To recall, the 4G model of this smartphone features a 44-MP selfie camera. Additionally, The Vivo V21e 5G is said to offer a 4400mAh battery along with 44W fast charge support. The 5G device is most likely to run on custom FunTouch OS which is based on Android 11 OS. Additionally, the upcoming V21e 5G could also get a microSD card slot.

Being a MediaTek powered device, the Vivo V21e 5G is likely to get a much lower price tag. Therefore, we can expect the device to fall under Rs 22000. Currently, we don’t have any launch details for the same. But according to reports, the smartphone could launch super soon. So, what do you think about the Vivo’s upcoming V Series 5G smartphone? Do let us know in the comments section. Also Read: Vivo V21 5G smartphone launches in India with a 44MP OIS selfie camera 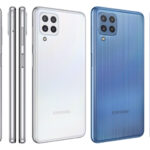 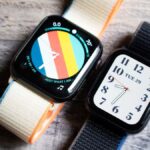