With the launch of Micromax In Note 1 and Micromax In 1b, Micromax entered the Indian market again last year. In a video session co-founder Rahul Sharma now revealed that the brand Micromax is working on and will release a Micromax 5G phone in India.

Micromax 5G phone is likely to debut in India “very soon“. The Co-Founder Rahul Sharma reveal in a video session with users. He also confirms that the Micromax In Note 1 will be receiving an  Android 11 update. Sharma also confirms about an upcoming software update for Micromax In 1b. He also told that this update will improve the user experience.

During the video session, Sharma revealed that engineers at the Bengaluru R&D center are currently working on a 5G phone which is likely to be launched soon. However, he did not gave any hint regarding the official launch date, unless he said it will launch very soon. In a previous video, He confirmed that Micromax will launch a 6GB RAM phone with a high refresh rate display and liquid cooling technology. Again, However, he didn’t come up with any official news about the upcoming 5G Phone. It is likely for the brand to release more details in coming days.

With this launch, Micromax is likely to compete with smartphones from other manufacturers like Xiaomi, Realme etc. In India, the majority of smartphone brands are currently working on their 5G smartphones. Also Read: Which ISPs tops the Netflix internet speed index?

Sharma has also confirms that Micromax is not planning to add any custom UI on top of Android. He said, “The IN brand will always provides you with an ultimate experience, which is with no layers, no ads, and no bloatware — completely snappy experience”. Sharma also said, “We don’t sell you ads to our customers, we don’t sell your data.” 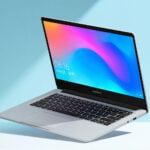 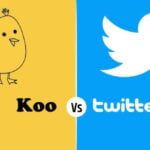