https://wikimovel.com/index.php/Unisoc_Tiger_T610It has been less than a year since the Gurugram-based company, Micromax has introduced Micromax In 1b. Now, the company has launched the next budget phone in India. The device comes with the name of Micromax In 2b. The Indian company will retail this latest budget phone via Flipkart and other offline market retailers. The Indian company is offering the Micromax In 2b phone in three colour options. The device comes in two storage options. If compared, the overall Micromax smartphone looks quite similar to its predecessor.

However, the Micromax In 2b comes with a new chipset instead of MediaTek SoC. Also, it comes with dual rear camera system. The all-new smartphone features a Unisoc chipset. The complete hardware is backed by a 5000mAh battery. One of the key highlights of this mobile phone comes in form of the “Made in India” tagline. Beside this, the Indian brand has also launched two new affordable TWS earbuds. These earbuds come with the name of AirFunk 1 and AirFunk 1 Pro.

Micromax In 2b: Specifications

In terms of specifications, the In 2b sports a 6.52-inch HD+ display. The display comes with a waterdrop-style notch. This notch accommodates front camera which is useful while taking selfies. This display can reach a peak brightness of 400 nits. The Micromax mobile phone comes with support for dual-SIM (Nano) card. The Micromax In mobile phone runs on Android 11 operating system out of the box.

The Indian Company claims this OS comes with bloatware-free and ad-free experience along with guaranteed software updates. Unisoc T610 chipset powers this Android phone. It is claimed that this chipset is 70 per cent faster than its predecessor which carries MediaTek Helio G35 chipset. Additionally, this chipset comes in pair with 4GB and 6GB RAM options along with 64GB of internal storage. The internal storage can be expanded via a microSD card slot.

For camera configuration, the device carries a dual rear camera system inside a rectangular module. Moreover, the camera module adopts a black color finish. The 13-megapixel primary camera comes with f/1.8 aperture. Additionally, the primary camera comes in pair with 2-megapixel AI camera. To recall, this camera is similar to one we have already seen on its predecessor. For selfies, the front camera comes with a 5-megapixel snapper for selfies and video calling. The camera app on Micromax In 2b also includes multiple camera modes. These modes are full-HD video recording, Auto HDR, Night mode, background blur, and live photo.

Other features on Micromax In 2b includes dual-band Wi-Fi, 4G, face unlock, rear-mounted fingerprint scanner, and Bluetooth v5.0. The latest Micromax In series mobile phone also carries a 5000mAh battery along with standard 10W charging solution. The charger comes in bundle within the box. Also Read: Micromax In 1b launched, a new budget smartphone

Micromax In 2b: Price in India

Regarding official price details, The Micromax In 2b price in India starts at Rs 7999 for the base variant with 4GB RAM and 64GB of internal storage. Additionally, the 6GB and 64GB storage variant comes with a price tag of Rs 8999. The first sale for the latest In series phone will start on August 6. The budget offering from the Indian brand comes in form of Micromax In 2b. Meanwhile, the device will compete against other budget phones like Samsung Galaxy M01, Realme C11, and more. 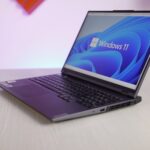 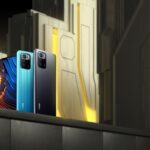