According to teaser, Oppo on the launch event in India showcases its upcoming smartphone to be called Oppo F19. The teaser image confirms that the handset will feature a 48-MP rectangular-shaped triple rear camera setup. Also, The device is likely to come in gradient blue color option. Some additional information do confirms that the smartphone could also feature an AMOLED display, an in-display fingerprint sensor, and at least 30W fast-charging support. Beside this information, the company did not revealed any other information about the upcoming smartphone.

Both the Pro variant offers a 6.4-inch FHD+ AMOLED display. This display comes with a resolution of 2400 x 1080 pixels. The Oppo F19 Pro is power by MediaTek Helio P95 chipset. On the other hand, Oppo F19 Pro+ 5G is powered by MediaTek Dimensity 800U chipset.

Both smartphone comes with 8GB RAM. For storage, the Pro variant comes in two storage option of 128GB and 256GB. On the other hand, The Pro+ 5G variant comes in single 128GB of internal storage option. Both handset runs on Oppo’s custom skin, ColorOS 11 on top of Android 11 OS. All the variants are back by 4130mAh battery along with 50W fast charging support.

These smartphones feature a quad-rear camera setup on the rear. The camera setup compromises of 48-MP primary sensor along with an 8-MP wide angle lens, a 2-MP macro lens and a 2-MP depth sensor. Additionally, For selfies, both smartphone comes with a 16-MP snapper. Also Read: Oppo F19 Pro and F19 Pro+ teased ahead of its official Indian launch 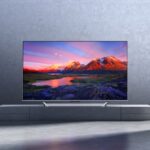