Oppo is known for its striking smartphone designs. In the past, Oppo has revealed the Find X with its periscope pop-up camera design back in 2018. They also showcase the shark-finned Reno series in 2019, which is another unique design. In addition, the manufacturer recently demonstrates a rolling design. The Chinese smartphone manufacturer does not want to add a notch to camera designs.

Now, LetsGoDigital has unveiled an Oppo smartphone patent with a brilliant rather unique pop-up camera design. This unique camera design comes with prisms in the pop-up camera setup. This patent for a unique camera design was posted by the World Intellectual Property Office in October 2020. This patent reveals what appears to be at first a dual-camera pop-up box. This will not be a fresh idea, as it has already been offered by the likes of the Vivo V17 Pro.

However, on looking closely at the patent application and you can find that there exists the pop-up housing. There are no camera sensors whatsoever. The two sensors are instead present in the phone body and pointing to the pop-up module. Hence, it appears to be like a prism camera system. Also, the setup for the prism sensor inside the camera module indicates that there is a mirror in the module on the camera.

How would the Oppo Prism Camera work?

The patent images reveal the pop-up housing. This housing comprises two moving prisms (one above each sensor) that can point forwards or backward. In other words, the same camera can be used for both selfies and normal camera shots. According to leaked renders, both an ultra-wide and a primary camera are likely to be present in the camera module.

LetsGoDigital also proposes that people can take pictures in 360 degrees conveniently on their smartphones. The patent also suggests other ways in which the user can use the mechanism. The user can use it as a side button to help transition between the normal mode and selfie mode. Also Read: The Fossil Gen 5E smartwatch launched in India with Wear OS

Earlier, the likes of the Samsung Galaxy A80 and Asus Zenfone series are using a motorized mechanism for main cameras too. Whether for longevity and efficiency the Oppo approach is stronger, is uncertain. However, Chinese smartphone manufacturers are providing a unique camera design without any needless camera bumps or screen cutouts. 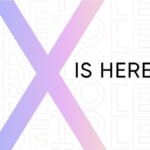 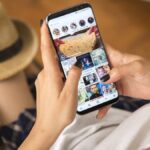