Besides Realme C20A smartphone, In other report, a new smartphone with the name Realme C11 (2021) has been spotted on Geekbench, the benchmarking website. The benchmarking website reveals that the device comes with the model number RMX3231. As per website listings, the device could run on Google’s Android 11 OS along with Realme’s Custom Realme UI. The latest smartphone could support 2GB RAM. To recall, the original Realme C11 was launch in India with 2GB RAM/ 32GB of internal storage.

Earlier, the device with same model number RMX3231 was also spot on India’s Bureau of Indian Standards (BIS). Thus, hinting at an imminent launch in India too beside other countries. The BIS listing reveals some of the prominent features of this upcoming smartphone. According to BIS Listings, The device could launch with Wi-Fi 802.11 b/g/n, Android 11 and much more. Additionally, The Realme C11 (2021) smartphone will weighs around 190grams. We have to wait and watch for Eid festival to see what Realme brings in form of Realme C20A smartphone. Also Read: Realme 8 5G with MediaTek Dimensity 700 series SoC launches in India 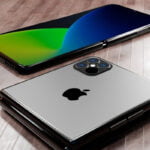 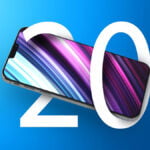