Apple has been working on the upcoming 2021 iPhone models from a very long time. Multiple leaks and rumors about this upcoming iPhone 13 series has been floating around the internet. Adding to the list, a new rumor hints about the addition of a high refresh rate display in the upcoming iPhone 13 lineup. Also, The iPhone 13 with a high refresh rate is likely to come with Samsung-made displays. Also Read: iPhone 14 2022 to feature a 48MP rear camera, Apple to cancel Mini variant

According to reports, Samsung will be one of the major supplier of the rigid flexible printed circuit boards (RFPCB) to Apple. Also, These circuit boards will be used on its upcoming iPhone 13 models. To understand, RFPCB is one of the main component that binds OLED display panel with the mainboard. Thus, it will make place for 120Hz refresh rate on the upcoming iPhone 13 lineup. The report adds that the support for 120Hz display will be available only for the Pro models including iPhone 13 Pro and iPhone 13 Pro Max. Some rumors also claims that the other two models including iPhone 13 and iPhone 13 Mini will launch with 60Hz display. These two models iPhone 13 and iPhone 13 Mini will make use of multiplex FPCB.

Beside OLED display, the iPhone 13 lineup is likely to launch with Apple’s latest A15 Bionic Chip. The upcoming iPhone 13 series could run on latest iOS 15. To recall, Apple could possibly make announcement regarding the launch of iOS 15 at WWDC 2021 event.  Additionally, As mentioned in previous posts, all the models are likely to come with smaller notch, bigger batteries, improved cameras and 5G connectivity.

Interestingly, the upcoming devices could launch with same flat edge as seen on the current gen of iPhones. Additionally, there could be a slight change in the rear camera module design. According to reports, the upcoming iPhone 13 lineup is likely to launch in the month of September. More details about this upcoming series will be posted once we get closer to the launch event. Also Read: Why iPhone 12 Pro Max is the best iPhone, According to consumer reports 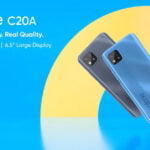