Realme has officially launched its highly anticipated Realme X7 Max in India. The Realme X7 Max launches at a starting price of Rs 26999. The smartphone comes as a rebadged version of GT Neo from China. The Realme 5G phone comes with MediaTek Dimensity 1200 chip. According to new report, the Chinese brand is now planning to bring the flagship GT series smartphone in India. Realme has also confirmed for the same. The company has also listed the Realme GT as the “coming soon” product.

With the launch of GT series phone, Realme will expand its 5G phone lineup which already includes Realme 8 5G series, Realme X7 Series and the Realme Narzo 30 series. The company is all set to host a 5G Summit on June 3. In this event, the company is likely to reiterate its aim to capture the 5G arena ahead of its competitors. According to reports, Realme is currently holding the most diverse 5G smartphone lineup.

Realme has just made it official to bring the Realme GT smartphone in India. However, the company did not disclose any launch plan and the expected price for the same. This GT series smartphone is the current Flagship smartphone in Realme’s arsenal. The device features the current flagship premium Snapdragon 888 chipset. Earlier, the smartphone was originally expected to launch as a part of Realme 3rd anniversary. However, due to second wave of COVID-19 pandemic, the launch was delayed.

Now, the company has launched the Realme X7 Max in India as the most high-end offering. To recall, the Realme X7 Max is the younger sibling in this GT series, as it is the rebadged version of Realme GT Neo smartphone. The latest device shares 90 per cent similar specs sheet. The major difference comes in terms of chipset. As the flagship GT series device features the Snapdragon 888 SoC. Whereas, the X7 Max aka GT Neo comes with the MediaTek Dimensity chipset. To recall, the MediaTek Dimensity chipset is theoretically similar to the Snapdragon 870 chip in terms of performance.

In India, The Realme X7 Max will compete against the similar offerings from the companies like Xiaomi, iQOO, Vivo and OnePlus. Whereas, the flagship GT series device will give tough competition to the Xiaomi Mi 11X Pro and the iQOO 7 Legend. As both the smartphone comes with same Qualcomm Snapdragon 888 chipset. Also both the devices are price under Rs 40000. Currently, Realme GT is still listed as “Coming Soon” product in India. Also Read: Realme GT Neo launches with MediaTek Dimensity 1200 SoC 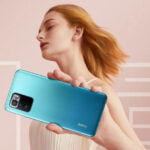 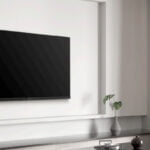