Realme recently launched the Realme X7 Max as the high-performance mid-range phone. Now, Realme has launched its flagship class phone. The Realme GT comes as the most powerful device from the company. To recall, the Realme GT was first launched in China. Now, the company has decided to launch this 5G device in the global market including India. Few days back, Realme GT 5G with Qualcomm Snapdragon 888 chipset launches in Europe along with the company’s Robot vacuum cleaner.

The all-new Realme GT will compete with the likes of Qualcomm Snapdragon 888 based the iQOO 7 Legend and the Xiaomi Mi 11X Pro. The price for the Realme GT starts at EUR 449 which is approximately Rs 39900 for the base variant with 8GB RAM and 128GB of internal storage. The top-variant with 12GB RAM and 256GB of storage comes with a price tag of EUR 599 which almost Rs 53200. The company has launched the device for European markets only. Regarding its Indian availability, the company did not make any official announcement yet.

The Global version of Realme GT is similar to the Chinese variant. This means that the Global variant of Realme GT also comes with same Snapdragon 888 processor along with same Full HD+ AMOLED display. The 6.4-inch display comes with 120Hz refresh rate. Rest of the specifications remains identical to the recently launched Realme X7 Max. The only difference comes in build material and the charging speeds.

The GT phone comes with a faster 65W charging support. The rear side of the device is built from the glass material instead of plastic like the one we saw on Realme X7 Max. Keep in mind, the European models are always priced higher than the India variant.

According to reports, Realme could launch the GT smartphone in Indian markets at a competitive pricing in coming months. The report suggests that it could be possible that all-new Realme GT could launch as the most affordable Snapdragon 888 phone in the country. For Global market, The Realme has also launched the yellow color variant with Vegan Leather.

After showcasing Realme GT 5G with Qualcomm Snapdragon 888 processor, the company launched another product. Following the footsteps of Xiaomi, Realme also launched the Realme Robot Vacuum and mop. To recall, Xiaomi’s vacuum cleaner is dubbed as Mi Robot Vacuum Mop-P. On the other hand, Realme Robot Vacuum comes with a price tag of EUR 299 which is almost equals to Rs 27000. Additionally, Realme has also confirmed that the device will be launching in India around the Diwali festive season. The Indian pricing is likely to be lower than the Global price.

Just like Xiaomi vacuum cleaner, Realme Robot Vacuum can work both as vacuum as well as mop. According to company’s official statement, the device has a 600ml dust box inside. Additionally, users will have to purchase the wet cleaning box separately. This dust box comes with self-clean option. The company claims that the machine offers 3000Pa of suction power. Additionally, this vacuum cleaner uses LiDAR sensors which allows it to navigate around household and avoid any kind of obstacle. This comes with a 5200mAh battery. Other features include support for Google Assistant and Amazon Alexa for the voice controls.

In the launch event, the Chinese brand did not reveal much about the upcoming products. However, the company did reveal the prototype of the notebook on the stage. Additionally, the company also teased the side profile of its Realme Pad tablet in a slide. Moreover, the Chinese tech company also publish some of the product’s posters on social media platforms. Realme India, Realme Europe, CEO, Madhav Sheth also shared the teaser images of these upcoming devices. The teaser image showcases the upcoming Realme Pad and the Realme Book on Twitter. In these images, the tablet appears to feature a flat edge design. Additionally, it might also get a slightly protruding camera module.

The first look is always special!
Which one of these do you want us to launch first?

RT & reply with your answers. pic.twitter.com/78bnXGMSvd

With the launch of the Realme GT 5G and other products, Realme will take a big step in the tech world, considering that these will be the Realme’s first ever laptop and tablets. Additionally, this will be the first step of BBK Electronics in this segment. Beside teasing for these upcoming products, the tech company also launched a co-creation programme. With this program, the company will take ideas from the community for the future products. At the launch event, Realme CEO also revealed that the Realme Fans can come ahead on the platform to provide their suggestions for these upcoming products including Realme Book laptop and the Realme Pad tablet. 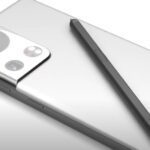