Samsung always makes headlines for its premium smartphone lineup. According to reports, Samsung will be using plastic material for its upcoming Samsung Galaxy S22 and the Galaxy S22 Plus. The company will reserve the glass material for the ultra-variant of the Galaxy S22 series. To recall, the South Korean tech giant is already using plastic for the current gen of Galaxy S21 this year. This news may set you out to boycott the brand entirely. However, you should not worry about this because you should know that this is just a rumor. This rumor comes from the Korean portal called Naver.

Samsung is boldly using the plastic body for its premium models under Galaxy Note 20 and Galaxy S21 series. Now, the upcoming Samsung Galaxy S22 Plus model is also expected to follow the same footsteps. To recall, the current generation Galaxy S21 Plus is using the glass material for its rear. The same glass material is also present on the Ultra model. Also Read: Google Android 12 is here: Complete details about new design and features

Beside using Plastic material, Samsung will not let the Galaxy S22 series feel cheap. According to reports, the company is working on a new back processing design that will make us feel as premium as the Ultra model. Meanwhile, Samsung has not given any official statement on the radical choice to go with plastic material. The report suggest that this could be due to cost-cutting measures. Keep in mind, the 5G chipsets are not getting cheaper any sooner.

The current generation Samsung Galaxy S21 uses plastic material for the rear instead of glass panel, which comes with the Plus and the Ultra variant. Still, the three devices give same in-hand feel. The Galaxy S21 can easily fit in hand and aren’t any different from the elder Plus model. Keep in mind, using Plastic instead of glass will make device feel lightweight. Plus, the plastic body will be well resistant to the shatter and cracks as compared to the glass models. Also Read: Samsung Galaxy S22 Ultra to bring major camera improvements

Additionally, the Samsung Galaxy S22 series is likely to change the size of the display also. The upcoming Galaxy S22 is likely to support a 6.06-inch display. The Galaxy S22 Plus will feature a 6.5-inch display. Whereas, the ultra-variant will support a bigger 6.8-inch OLED display along with LTPO Technology. It remains to be seen if the same design pattern will be followed by the rivals like Apple and OnePlus. To recall, last year, Apple went on opposite path with its iPhone 12 series. The iPhone 12 series comes with bold metal and glass design. Whereas, OnePlus uses the premium quality material for its OnePlus 9 series. However, the company went with plastic frame on the standard OnePlus 9. Samsung Galaxy S22 series launch is far. Therefore, we suggest you to wait and enjoy the upcoming leaks from different sources. 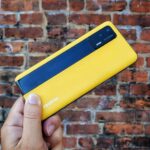 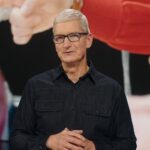