In 2020, despite of pandemic, Samsung succeeded in marketing and selling Galaxy A51 like a hot cake. It was a top-selling Android smartphone in one quarter of last year. Thus, It is also clear that the latest Android update is predicted to drop in shortly by millions of Galaxy A51 owners.

Galaxy A51: New Features and Updates

Now, Samsung has begun to seed Android 11 with the newer One UI 3.0 interface update to the Galaxy A51 in Russia. The update also features an Android security patch of February 2021. Therefore, The users of the Galaxy A51 will now be experiencing few new features. These feature includes:

Added in the Report, the One UI 3.0 enhancements will include features such as dark mode, always on display, stock app interface, digital well-being and parental controls. However, only Russian units are currently getting this update while Indian units are yet to be notified. Also Read: Samsung Galaxy A52 5G may offer Four Colour Options

In December 2019, Samsung launched the Galaxy A51. Reports say that Galaxy A51’s One UI 3.0 Update comes with A515FXXU4DUB1 firmware version. One can check if the update is available on his handset. Users can go to ‘Settings’, follow to the ‘System updates’ option, check for system updates, download now and Install the update. This update will roll out in batches. Later the company will announce the Android 11 update for the Galaxy A51 in other markets too.

When will Galaxy A51 starts getting Android 11 in India?

Galaxy A51’s Indian unit also runs on Android 10. But it comes with latest security patch of last February, similar to the global version. There is no official news regarding the update rollout in India from Samsung as of yet. The Galaxy A51 is one of the few phones in its category that will receive three years of Android upgrades.

The device comes with a 6.5-inch Super AMOLED display with Corning Gorilla Glass 3 protection. The device is powered by the Exynos 9611 (10nm) CPU, backed with Mali-G72 MP3 GPU. Galaxy A51 packs in a 48MP quad-rear camera setup. The camera setup features a 48MP primary camera, a 12MP ultrawide, a 5MP macro, and a 5MP depth camera.  For selfies, the phone comes with a 32MP front-facing camera.

Galaxy A52: The Upgraded Galaxy A51

The phone launched last year with Android 10, so Samsung could introduce three more versions of Android on this device. As the leaks for the Galaxy A52, the Galaxy A32 and the Galaxy A72 escalates, the Android 11 update will arrive. This year, as the leaks shares, Samsung has a two-variant approach. Indian Markets are suppose to get the 4G variant running on a Qualcomm chip.  Whereas, international markets could get 5G variants.

The Galaxy A52 4G will retain 60% of the same features as its predecessor. The new changes are expect to happen in the chipset, battery, and an upgrade rear camera system. The Snapdragon 720G could be used with the Galaxy A52, which is a lot if it is real. Samsung phones with Qualcomm Chips are consider to be some of the best smartphones at any price segment.

In Galaxy A52, The rear main camera is expect to get an upgraded 64-MP sensor. We foresee a larger battery for the Galaxy A52. But it will not be surprise, if Samsung lifts the 6000mAh battery model from Galaxy M series. Also Read: Samsung Galaxy S20 FE 5G launching soon in Indian Market 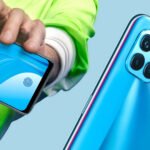 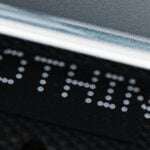