Last month, Carl Pei’s Nothing came into limelight for no cause whatsoever. Nothing is a new venture from the co-founder of OnePlus, Carl Pei. Ultimately, the company is likely to offer tech products, beginning with audio, and later in other categories. An earlier tweet indicated that next week Nothing could be launching something. In H1, 2021 Nothing is likely to make announcement regarding the launch of its smart products. Nevertheless, the tweet has now been deleted by the company.

Nothing coming from Nothing?

Certainly, Nothing as a brand is likely to be totally different from the OnePlus and all other labels in terms of design philosophy. Being an former employer of OnePlus, Carl Pei always worked on the wireless audio category. Its all because of Pei that we have got some excellent audio products at reasonable prices from OnePlus. The OnePlus Buds and OnePlus Buds Z were one of the best duo of true wireless earphones. Thus, it is likely possible to see Nothing continuing that legacy with its first few audio products.

Lets see how Nothing will operates on its manufacturing and product designing. Previously, Carl Pei shared just the name of the company. However, he did not gave any official info about its products. In a press release Pei said “It’s been a long time since any interesting innovation happened in tech. It is time to change directions for a fresh breeze.”  Also Read: Instagram brings a new feature called “Recently Deleted”

From OnePlus to Nothing

Carl Pei left OnePlus in October last year. Earlier this month, Carl Pei reveals that he is expecting to launch his next project on 27th January. He also confirm that his next project would join the audio section. Pei told that his reason to make a move from OnePlus was that he could devote even more of his time creatively.

Pei said, “If I compare to the days where we were when we were just started, right now OnePlus as a brand company is getting bigger day by day. And once the company is larger, you have to set in your strategies step by step.” “So, by turning a blank page, I can bring a lot more creative side of mine out with which I choose to spend my time on.”

Taking directions from past, it could be like OnePlus, where the company needs to deploy its first niche product for a full year, before following aggressive goals. OnePlus started as a geek brand with a variety of phones. These phones were exclusive to online market and sold via an invitation system.

Right now, we have to wait and see what’s the new audio product coming from Nothing? Will Carl Pei take same directives, he took at OnePlus? When can we expect a new smartphone from the company? To find out, I think we’ve got to wait. Also Read: When BSNL entered OTT race with Cinema Plus Service 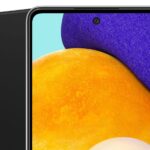 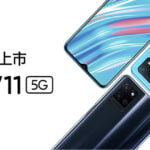