Nothing Ear 1 TWS earbuds price has been officially confirmed by the company ahead of its formal launch. The all-new TWS earbuds will be launching across the globe on July 27. The design and specification detail remains unknown for the time being. According to rumours, the latest earbuds from Nothing will not cost cheaper like the OnePlus audio products. The price details for the upcoming earbuds have been reveal by the company itself.

Nothing Ear 1 earbuds is the first audio product from the company. To recall, Nothing has been owned by the former OnePlus co-founder Carl Pei. According to reports, Nothing Ear 1 earbuds could launch with a global price tag of EUR 99. This price converts to Rs 10200. However, these are just approximate price, the Indian price has not been revealed as of yet. But we do know that the latest Nothing product will go live on sale in India via Flipkart. According to recent posts, the London-based company has already partnered with the e-retailer company for the online sales of its products in India. Also Read: Nothing Ear 1 will be Flipkart exclusive in India

Beside the global launch details, the Ear 1 earbuds from Nothing is confirm to launch with ANC support. The ANC support will work with three “high-definition” microphones and “excellent build quaility”. In a recent interview with TechCrunch, Carl Pei confirmed that the latest earbuds will launch with few similar features to that of AirPods Pro. He also states that Nothing Ear 1 earbuds will costs almost half the price of AirPods Pro. Adding to his statement, he further informs that these TWS earbuds will be the first of the three audio gadgets. This means that the company is planning to launch other two gadgets pretty soon.

According to previous leaks, the Nothing Ear 1, TWS Earbuds will feature a transparent design. These earbuds are crafted in collaboration with the popular Swedish Audio house Teenage Engineering. To recall, Carl Pei left the OnePlus last year to create his own brand. Meanwhile, the audio-based company Nothing is back by Tony Fadell (iPod inventor), Kevin Lin (Twitch co-founder). Recently, Nothing acquired Essential, the Andy Rubin’s company, former co-founder of Android.

In the interview, Carl Pei also told that beside launching the Nothing Ear 1 earbuds. The company is collectively thinking about the new products internally. Also, they don’t have any plans to do anything with Essential. Carl Pei also clarifies hat Nothing is aiming towards direct sales to drive down the costs. The company’s initial focus is on India, UK, Europe and North America. Further it will launch in the countries like Japan, Korea and other global countries. While the majority of the specifications are yet unknown. The new Carl-Pei-owned venture is likely to release further teasers to build excitement for its new earbuds until their global release. 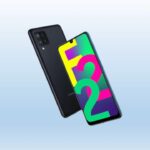 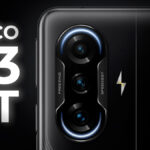