Nothing has confirmed that it will showcase its new product, a pair of wireless earbuds, this summer. Earlier, Nothing indicated about the new product release in a tweet that was later deleted. It now seems that the organization is ready to talk about what it offers for consumers. Also Read: Nothing launching Nothing?

Nothing is Carl Pei’s new venture after leaving the OnePlus late last year. Carl Pei is the co-founder of OnePlus. Pei previously indicated that his company would concentrate on audio accessories. In an interview, Pei told to Bloomberg that wireless earbuds will be the first devices to be launch by Nothing. However, There is no info if these earbuds is likely to fall under standard wireless earbuds or truly wireless earphones category. He also confirm that Nothing is also developing a suite of smart, connect consumer electronics, will be launching later this year.

Pei quoted, “We’re building an ecosystem of smart devices”. He also added, “We’ll start with simpler products, wireless earbuds. We’re going to launch multiple products throughout this year. The company will not only launch audio products, but eventually we want to build it so these devices can connect and talk to each other.” Also Read: Google to bring new anti-tracking privacy feature for Android

Earlier this month, A tweet came from the company’s twitter handle about its remarkable announcement. This announcement was interpret as a product launch in the following week. The tweet reads, “A new important milestone in Nothing’s journey is coming up next week”.  However, the tweet was deleted next day. Also Read: Noise ColorFit Pro 3 launched in India with SpO2 monitoring, heart-rate tracking

Also there is no info about the other devices that will be launching later this year after the ear phones. However, There is no info about the upcoming product at the moment. Pei refused to share any details regarding any other device that the company is planning to launch in the future. Smartphone, laptop, wearable, audio, intelligent TV etc. that help in the vision of the company to provide an ecosystem of connected products. 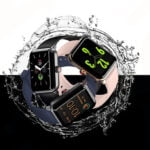 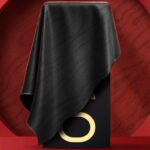